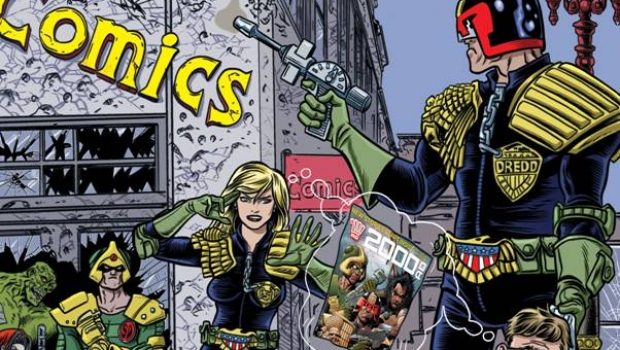 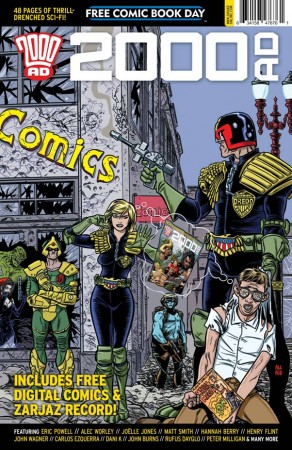 Last month it became known that 2000 AD had not been chosen to be a part of Free Comic Book 2016.

It’s just been announced that 2000 AD are a Silver Sponsor and their planned FCBD 2016 edition will go ahead.

The 2000 AD FCBD edition will be a hefty 48 pages of thrill-drenched science fiction from Britain’s greatest comic and will include exclusive new stories, digital strips, and a downloadable song from MC-1’s favourite band!

Ben Smith, head of books and comic books for Rebellion Publishing, said: “We are delighted to have been invited back into 2016’s Free Comic Book Day celebrations. The clamouring from our fans has been amazing and we are very pleased – and, indeed, thrilled – that we can now bring them our huge 48-page bumper comic, with work by creators including Eric Powell, Mike and Laura Allred, Peter Milligan, Carlos Ezquerra, Henry Flint, and Joëlle Jones – and all for free! Free Comic Book Day is a brilliant initiative for readers, publishers, and retailers and we are very happy to be a part of 2016’s event!”