Twelve years ago the disastrous attack with planes made a worldwide im..." /> 911: Starwarp Concepts’ Thoughts – Comics for Sinners
Confessions 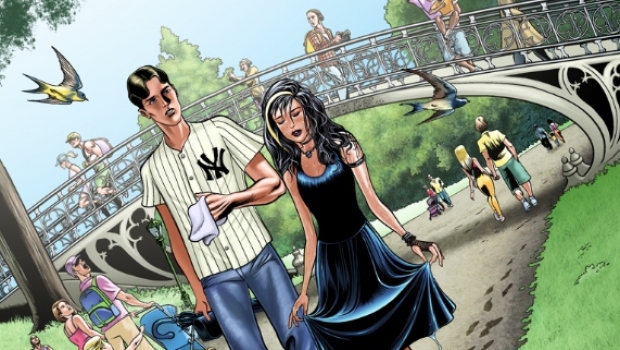 Twelve years ago the disastrous attack with planes made a worldwide impact and many images of that particular day are etched in the minds of folks everywhere. This is what publisher Starwarp Concepts (Lorelei, Pandora Zwiebeck) has to say about it:

Years ago I bought a fascinating documentary on it that happened to be shot the day of the tragedy (a French film crew had been doing a documentary on an NYC firemen crew and wound up catching the only footage of the first plane hitting the north tower, then accompanied the men to the scene). But I’ve never watched it beyond its original network broadcast.

Occasionally I’ll catch the rebroadcast of the NY Mets and Atlanta Braves playing the first post-9/11 baseball game and get a little weepy over Mets catcher Mike Piazza hitting the home run that seemed to lift an overwhelming burden off New Yorkers’ shoulders.

But I try to avoid reliving that day.

For me, 9/11 is the day my brother, who works down in that area, just happened to be late for work and thankfully missed being in the middle of that nightmare. And my only concern that whole day was finding out that he was okay.

But I try to never dwell on the what-ifs of that day.

And right now (as I’m typing!) U2’s “Walk On” just happens to be playing; that song got a lot of usage in the weeks following. And goddammit, there must be some dust in the air that’s making my eyes tear up…

Guess you can never really move on from it, can you?

I’ll tell you one thing, though: for the two weeks or so after 9/11, New York was, hands-down, the best, friendliest, we’re-all-in-this-together city on the face on the earth and it made me proud to live here. Too bad things reverted to where they’d been; just human nature, I guess.