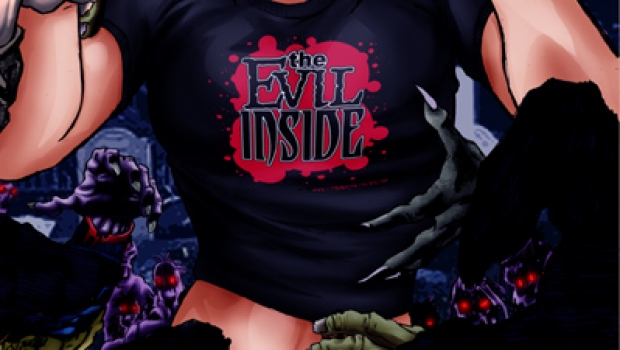 A Retrospective of Chaos Campus: Sorority Girls vs. Zombies PART 1

A Retrospective of Chaos Campus: Sorority Girls vs. Zombies

It’s been pretty much a decade of doing the Chaos Campus: Sorority Girls vs. Zombies series and I didn’t even realize it. Who knew that a joke I had with friends back around 2006 would become a finished one-shot… and that first issue would spawn an indie ongoing series?!

Let’s take a stroll down Amnesia Lane to take a look back at the comic issues that would become the first TPB volume of the Chaos Campus series: Hell Week (and you can buy a print copy right here).

Issue Synopsis: The first half of the full color series origin! It’s the night of the “Chaos Campus” volleyball tournament between partnered sororities Epsilon Alpha Zeta Upsilon and Alpha Zeta Zeta. During the after party zombies decide to crash the festivities!

Issue Retrospective: Created from jokes about the rising popularity of zombie movies along with “versus” movies, the idea for Cheerleaders or Catholic Schoolgirls vs. Zombies was born. Wanting to go away from potential jailbait characters, Sorority Sisters were settled upon.

I was just starting out my “professional” writing career with action/horror stories. This concept screamed humor, but I didn’t have much experience writing that genre. The early issues took a lot of comedy trial and error to find my humor voice, but the result still gains and keeps new readers to this day.

Issue Synopsis: The conclusion to the full color series origin! The sorority survivors split into three groups to cover more ground for help forcing Paige, Brittany, and Jamie into a group. The trio are still getting used to each other’s quirks and might kill each other before the zombies do!

Issue Retrospective: So I finished the first issue and I was satisfied with it. It was 22 pages of pop culture parody filled with cheesecake finishing off with a B-Movie style ending inviting a sequel I didn’t have intentions of following up on. But people demanded that second issue and I figured one out. People may love or hate the issue as a whole, but most people still rave about the Thriller parody.

Issue Synopsis: The girls rush to the friendly neighborhood Grab-E-Mart to try and find more clues on the zombie infestation on campus.

Issue Retrospective: With the origin story done, I tried a different route with the third issue by trying to jam pack as much crass humor, blatant parodies, and over-the-top gore as I could fit into 22 pages. The result seems to solidify a person’s love for the series or drive them away screaming for the hills. I always refer to the series as an experiment and with each issue I tried new things to try and reach the ultimate result.

Issue Synopsis: The girls seek refuge within the dorms and while looking for weapons they have a bit of fun with the resident undead Goth-chick! Plus an encounter with Paige’s ex-boyfriend’s favorite mistress!

Issue Retrospective: Moving into the fourth issue, I wanted to really solidify the different personalities of our Chaos Trio that may or may not have been clear from the first three issues. I also tried to pull away from the parody style humor and move more to conversational and situational style humor. Still rough around the edges, but still an enjoyable ride IMHO.

Issue Synopsis: Jamie, Paige, and Brittany will teach you everything you need to know about surviving a zombie apocalypse! Take classes on Zombie 101, Weapons 101, and even Sexual Solutions in Stressful Situations!

Issue Retrospective: Though I had a rough outline of where I wanted the series to go, as I was actually doing the series I realized that there were stories between the stories that I wanted to tell. To rectify this without screwing up the regular series’ numbering, I created the “Extra Credit” spinoff series.

In “Gothic Makeover,” it was mentioned that the girls were going to do a Zombie Survival Guide to help other survivors. In this issue we actually get to see the fruits of their labor. Throughout the series, we learn that those guides actually helped people and even became the backbone of their Zombie Survival School in issue #13 (we’ll get to that soon enough).

If this is your first time hearing about the Chaos Campus: Sorority Girls vs. Zombies series, I hope that this was a good introduction to the series. If you’re someone with a special inclination for mature (yet immature) spoof comedy, you should try a few issues out for yourself! 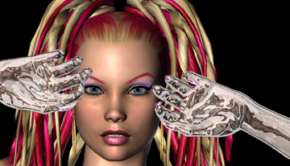 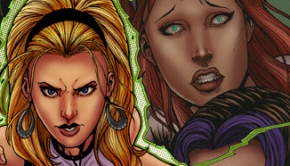