C4S with their March pre-order soli..." /> Action Lab Solicitatio​ns For May 2014 – Comics for Sinners
Solicits 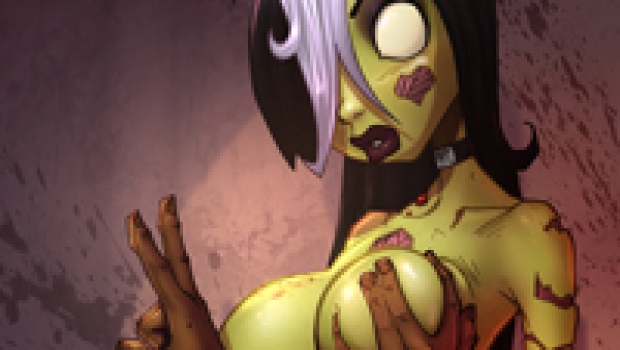 Action Lab has provided C4S with their March pre-order solicitations for shipping to stores in May 2014.

Are you bold enough to take a ride with Janey, the Zombie Tramp?!? If you pick her up, she might just share the story of
how she came to be the street walking dead!! Be brave so you can be ready for her all new series following this special issue!
You also get a mind shattering sneak preview from the second volume of the coolest comic series you haven’t read yet… Ehmm Theory!

Synopsis: Everyone’s favorite street-walking dead returns! Janey the Zombie Tramp makes a mysterious new friend and together
they board an express train to more fetish, gore, cartoon grindhouse mayhem in the style that fans of the series have come to love!
Are Janey’s budding undead powers enough to see her through another deadly adventure on the…Taint Train of Terror?
Collects the entire second volume just in time for the all new ongoing series relaunch!

Offered again! She’s the hero you’ve been waiting for! Eternally child-like and inhumanly strong,
Molly Danger has protected the citizens of the once sleepy town of Coopersville, New York for the past 20 years from the terror
of the sinister Supermechs. But what secrets from her past threaten to destroy everything she holds dear when new
D.A.R.T. recruit Austin Briggs becomes her pilot?
48 pgs./ All Ages/ FC $19.99

Adrienne is the Princess who rescued herself and she is determined to save every girl left locked away in a tower by their parents.
But when Adrienne meets Raven, The Pirate Princess, she’ll learn that she’s not the only princess with a plan of her own!
Join Adrienne, Bedelia, and Raven for the beginning of a new and incredible chapter in the story of princesses who can do their own rescuing.
Jump onto the Princeless bandwagon for only a buck!
32 pgs./ All Ages/ FC $1.00

As Bo Plushy’s showdown with the “Roswell” gang and their boss, the Serpent (a.k.a. Puppet Master) continues,
things aren’t what they appear! Does the Puppet Master have the voodoo teddy gangsta by the strings?
Or is it the other way ‘round? Come on, it’s Bo!
Features a painted cover variant by series creator Pavel Balabanov!
32 pgs./ Mature Readers/ FC $3.99

All three TPBs of Jeremy Dale’s hit series SKYWARD in one handy package! Follow the adventures of Quinn and his dog Jack
as they face off against fantastic, terrible threats, meet new curious allies, and find a new life amidst the invasion of their homeland.
Collects Skyward #1-9 in three volumes!
288 pgs./ All Ages/ FC $24.99

Tom Ferris lives in a world of costumes and wonder. Figures streaking across the sky, hurling themselves over rooftops at night.
They are commonplace. But Tom doesn’t notice that world anymore. His world is made up of
spreadsheets, phone bills, software, coffee, collared shirts. Every night, he lies awake, wishing to be the man he once was.
Today, Tom gets his wish. And the world will never forget him again.
Features a “design” cover variant by creator, Ken Krekeler!

The Original Animal Zombie Epic collected for the first time! Follow the terrifying tale of survival as a mutated rabies virus
turns animals great and small into bloodthirsty, rampaging beasts.Civilization crumbles, and only a small group of farmers
and scientists stand between us and total extinction!
Collects the entire first volume of the critically acclaimed horror series!!
160 pgs./Mature Readers/ FC $14.99