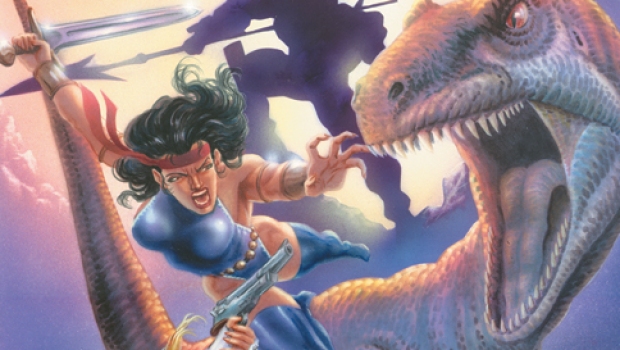 Afterburn is presenting their April 2015 solicitations.

Christiana Blood, a warrior from the time of the Crusades, refused the right to fight because she was a woman. Tamara Roses, a cop from the future, constantly at odds with the red tape of the “system”. Two rebels brought together by the Time Lords as agents to repair the time stone. We introduce to major characters for the Paradox Wars series.

The mysterious Darkness Chronicles team land in the middle of a nest of alien Soulbreed and encounter the time-traveling duo of Blood and Roses. The Time Agents appear on the scene also tracking down the elusive time shard.

This collection includes 140+ comic strips from the popular online webcomic strip at ClaysWay.com .
Follow the adventures of Clay and his best friend Pan as they tackle life, ADHD, Dyslexia and keeping batteries in their lightsabers.

With over 25+ years of manufacturing and publishing history, Robert W. Hickey, along with his brother Mike and co-creator Bill Nichols, has started AFTERBURN, a publishing arm that offers comics books, graphic novels and special items to stores in print and digital formats.
Robert is the co-founder of Blue Line Art, the original manufacturer of professional comic book art boards. Blue Line has supplied thousands of artists over the years with quality art boards and supplies. Blue Line was the first to package and offer art boards to retail outlets with over 40 different products that support comic creators.
Creating Sketch Magazine Robert along with Bill Nichols as the current senior editor, offering comic creators their own magazine to learn and share tips and creative techniques of the industry.
The founding force for his SkyStorm Studio where Robert has created comics for over 25 years. Within that time he has created top-selling comic for distribution into mainstream outlets such as Wal-Mart, Toys R Us and comic shops around the world.