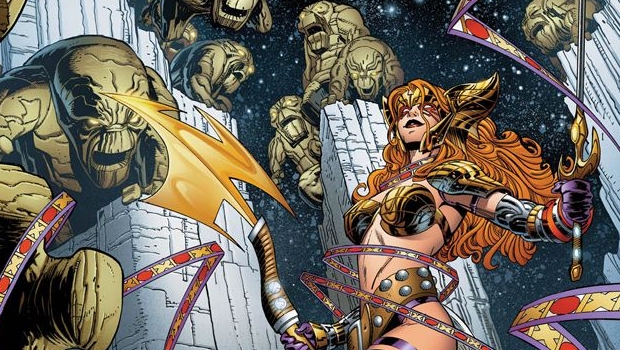 There IS no other story… there IS not other gimmick… there IS nothing more important here then Angela returning to comics! Nuff said!

Of course I can diss about the misuse of the time-travelling, reality-altering Logan in his quest to vanquish Ultron (this is sooooo wrong and uneasy to accept at this point, but just perhaps Marvel can make this work…) and we can talk about HUNGER coming after this Ultron-event, and that perhaps Angela is a new herald for a new Galactus-creature….

But that does not matter, since …. well… Angela! 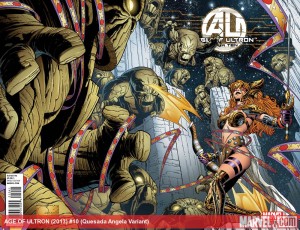 The biggest secret in comics will be revealed to you! An ending so confidential…even the artists of this book don’t know what lies on the final pages…! A surprise so big that comic book legend Joe Quesada himself returns to the pages of Marvel Comics to draw a sequence that people will be talking about for years.
40 PGS./Rated T+ …$3.99
*All covers of Age Of Ultron #10 will be polybagged 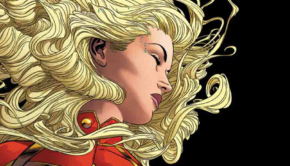