Alice in Wonderland Times 2 This Week – Comics for Sinners
News 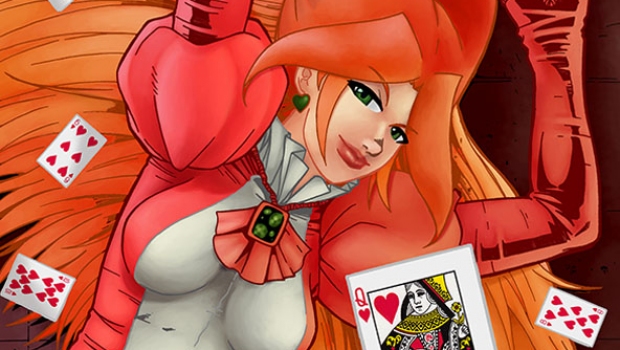 Tribute: Lewis Carroll – Author of Alice in Wonderland is a biography comic book based on the history and life of Carroll.  Written by Michael L. Frizell and art by Mark Stroud, this book will be available in print as well as digital.

The whimsical, nonsensical stories exploring the fantasy world of Alice started with the simple friendship between young, beautiful Alice Liddell and the kind and creative Lewis Carroll. This book is a tribute to both the artistic use of the language displayed in the stories and the influence they have on modern literature, media, and art.

“Lewis Carroll’s Alice in Wonderland, perhaps one of the world’s most emulated stories, was an interesting book to write. I wanted to capture the tone and feel of Carroll’s Alice stories while offering something unique. To my knowledge, only scholarly works examined the man behind the stories, not creative ones. Thus, it was imperative that I attempt to connect the fanciful language with the real events behind the stories,” Said writer Michael L. Frizell

“Many artists have interpreted Alice in Wonderland over the years, and the stories have permeated pop culture. From video games to cartoons, action figures to movies, Alice’s stories are well known. Lewis Carroll, the man behind them, perhaps isn’t as well known. He lived in a time when social norms governed public behavior, something we no longer see in a world connected by Facebook and Twitter. This comic was an attempt to unite the real people behind the story, Carroll and his muse, the young Alice Liddell, with the popular interpretations of her stories.  Lewis Carroll was an interesting person, a creative genius that perhaps suffered in an age where desires were supplanted by social norms. His work, a product of an active imagination, was whimsical and unpredictable. Attempting to capture that feeling of anything could happen, constrained only by the limits of imagination, was difficult, leading to several rewrites,” said Frizell.

The Tribute line of comic books tells the stories of the classic entertainers that have passed on,” says Bluewater publisher, Darren G. Davis “It is a way for us to honor these people who have made a difference in the world.

Also being released this week is issue #1 of Alice In Wonderland’s Queen of Hearts.  A new original comic book series from Bluewater based off of the characters from Wonderland.

Off with their head!” This phrase has echoed through history as the driving force behind one of the most memorable villains in all literature.  But who is the Queen of Hearts really?  The History of one of fantasies most iconic characters comes to life in this exciting new series from Bluewater Comics.

Print copies of the book can be ordered at Comic Flea Market for $3.99: http://bit.ly/XKXzyo 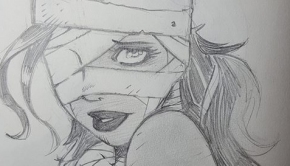 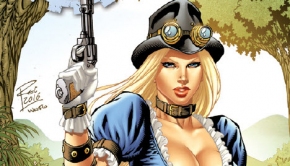 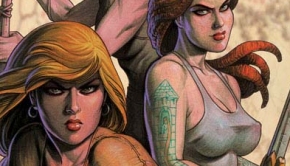