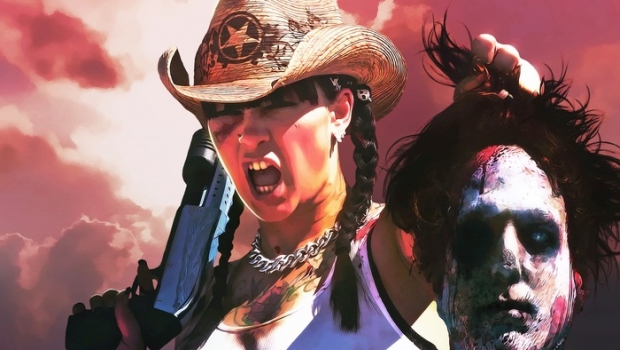 Hell Riot is the story about a group of women that must set aside their differences and come together to stop a hoard of zombies from taking over their small town of Hell Riot Nevada, after most of the men have been eaten or turned. This 48-page graphic novel will be in full color and feature art by Everette Hartsoe and Erik Williams.

This book comes hot on the heels of Everette Hartsoe’s successful RAZOR: SCARS Kickstarter campaign which brought in enough funding to develop a new universe of Hartsoe creations for 2014-15.

“This is a dream come true for me to have a project I can really cut loose on and show my talent as a writer as well as model for the main character in the book, Jenni Tonic, A tough as nails, ex-roller derby champion, stuck in the wrong place at the wrong time. This will rock your socks off!

Jennifer J. Hartsoe will launch via Kickstarter the new graphic novel and hopes the reaction to the project will enable the story to continue and possibly create a online show if pledges exceed expectations.