C4S with a preview to Preview: All New Michael Turner’s Fathom #5 – Comics for Sinners
Previews 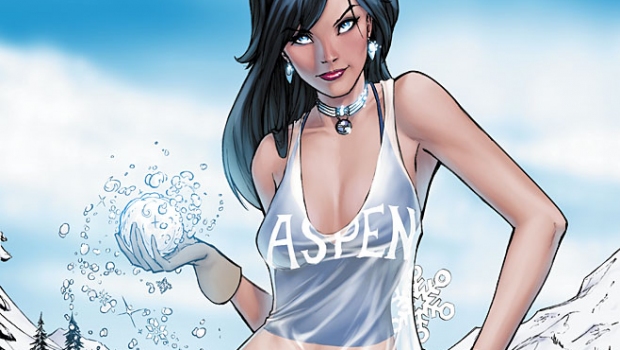 Aspen Comics has provided C4S with a preview to All New Michael Turner’s Fathom #5, in stores January 29th, 2014.

Believing the undersea threat from Vana to be over, Aspen Matthews returns to the surface to try to resume a normal life and finds an old flame waiting for her upon her arrival–Chance Calloway. Meanwhile, tensions rise beneath the surface as the true extent of Vana’s scheme begins to manifest, and she reveals her actual target–the Capital city of the Blue, Muria!

Writer David Wohl, artist Alex Konat and colorist Peter Steigerwald team up once again to bring you the latest adventures of Michael Turner¹s most beloved creation!