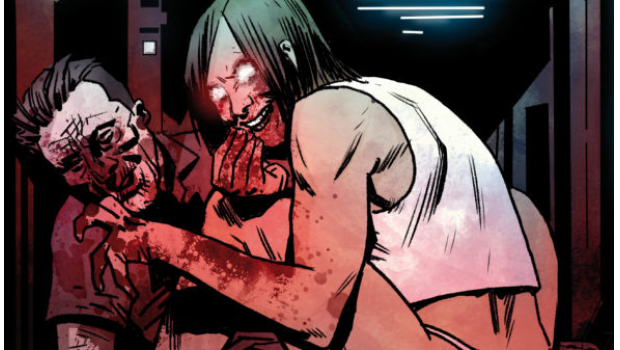 Having a good time at the beach, enjoying some vacation? The characters of our comics do not have time for that, I’m afraid. In Ghost Wolf: The Horde of Fangs, from El Torres and Juanfra MB, there are fights about who and what represents the Spirit of the North; In The Last Hunt, by Hannu Kesola, Janssens and Paul Moore the survivors of the Ragzon cargo ship are having a really rough time with some evil witches on the loose!
And we are offering again Planet of Daemons #3, from Gunstone and Moore!

Amigo Comics! Look for us in June Previews, page 274!

This is the story told one thousand times. A worthy warrior must take on the mantle of the Wolf when his predecessor’s time is over! Now there are two avatars: the oldest, dominated by the Horde of Fangs; and Mara, the mother warrior standing in his path. But another worthy one arises!

This is the end of the sequel of the acclaimed miniseries Ghost Wolf, from award-winner writer El Torres with the spectacular art by new talent JuanFra MB! Don’t miss it!

The horror is real in the deep space – and it’s also inside us! With their backs against the wall, the surviving members of the Ragzon Cargo ship desperately fight for their lives, not only against the “strangers” but each other as well!

Amos Deathridge, Magistrate of the Qliphoth, and the Succubus Queen called Heinous, journey deeper into the labyrinth of Sathariel. As they search for the lair of the Spirit of War, Amos sees visions of the past and the life he left behind.

PLANET OF DAEMONS’ writer Kevin Gunstone – who’s most recent work was the award-nominated FUTURE PRIMITIVE for Markosia – commented: “The ideas associated with the Qliphoth fascinate me and this is a great opportunity to explore what it represents through the character of Amos who has suffered terribly from its effect on his world.” 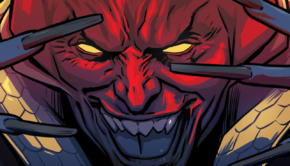 “Planet of Daemons” Mixes Wonder With Dread, Occult With Action → 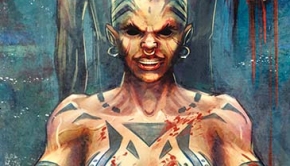