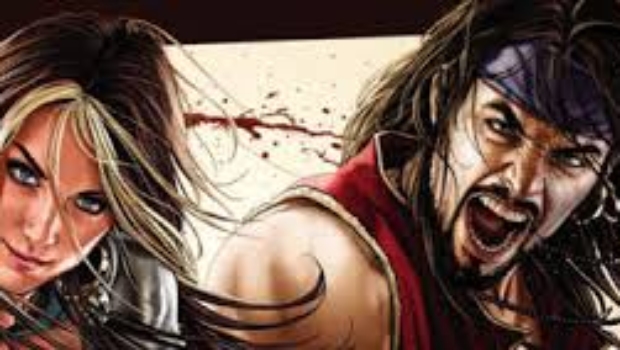 Heralded by many to be one of the friendliest comic cons in Europe, and guess who is going to be there? Amigo Comics’ Juan Torres will visit the Malta Comic Con on 3-4 November 2018. 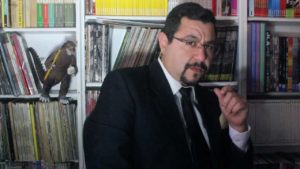 Never been to Malta? If you are a fan of “Game Of Thrones” you have seen many sceneric scenes already!

Juan “El” Torres will bring along his joyful spirit as well as the most recent trades released by Amigo Comics: Ghost Wolf 2, Apocalypse Girl, Unleash and Rogues… and be sure to ask him for one of his horrible-but-famous sketches!

He will be joined by Italian writer Massimo Rosi, whose international credits range from stories for Action Lab, Caliber Comics, Scout Comics and Amigo Comics in United States, to Delcourt Comics, YIL Editions in France and Shockdom and Weird Book in his own country.

Amigo Comics will not be the only publisher as announced were also David Morris of Time Bomb ComicsEoin McAuley and David Williams of Lightning Strike Comics, Jeff Richard of Chaosium, Kugali and Titan Comics. 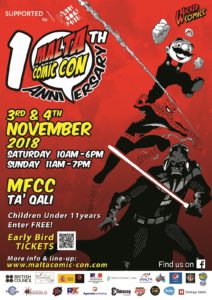 The gaming area will be jam packed with various table-top gaming tournaments, console gaming and other gaming events presented amongst others, from: Forbidden Power, W.A.R.S., The Dungeon, Gamers, Nintendo Club Malta, Gamewave, M.E.R.C.S., Malta Geek Paradise, MultiMaxx and Can you Escape? who will be joining the previously announced guests and exhibitors amongst the highlights of Malta Comic Convention (MCC) 2018.

The 10th edition of the Malta Comic Con (MCC) will be held on Saturday 3rd November (10am-6pm) and Sunday 4th November (11am-7pm) 2018 at the Malta Fairs and Conventions Center, Ta’ Qali.

El Torres (Spain, 1972) spent several years working in the Spanish industry as editor, where he wrote many miniseries that were successful in Spain; fantasy-themed, like Bribones (1999), Swordmasters (1999), Miserere (2005) and humor series, like Team Triumph (1998-1999) among several others.

In 2007 he released his first two miniseries in the United States. CVO: African Blood and Eclipse of the Undead, published at IDW. It followed with his horror miniseries The Veil (2009), that was highly praised by critics and reviewers, and The Suicide Forest (2010), which received international awards and praises, and it even has been optioned as a film.

All his books have been released in Europe and even Japan, including the 2015 graphic novel El Fantasma de Gaudí (Le Fantôme de Gaudi),which have received great appraises from critics and readers, receiving the awards of Best National Work of Saló de Barcelona and Best Writer at Expocomic-Madrid (2016). Also, he is known for being the writer of El Rubius, Virtual Hero (2015-2017), a comic series based on the popular Youtuber. He also received the 2018 AACE Award, the Carlos Gimenez Award (Best writer), Jose Sanchis Award (best writer), and 2018 Salón de San Sebastián (Best book) for Straitjacket. This same year, he was nominated along with Jesús Alonso Iglesias for the 2018 Eisner Awards –Ghost of Gaudi.

His work is defined by the use of well-known tropes of popular culture, but always with a twist.
His books have been published in USA, Spain, France, Germany, Italy and Japan.