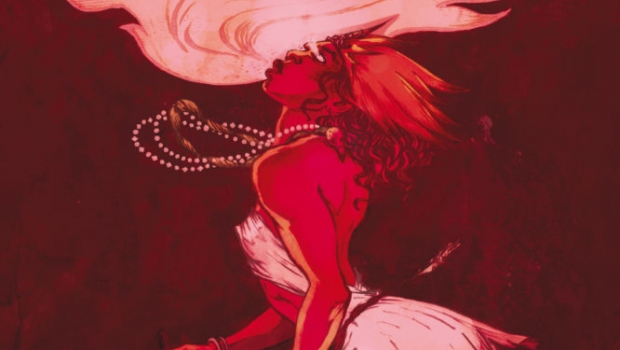 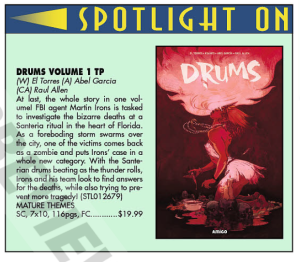 From the ancient times of… well, only five years ago, we rescue and compile one of the horror books that El Torres is most proud of… We talk about the Voodoo-Santeria horror story DRUMS which was first released at the incredible publishing company Image Comics. But never in trade paperback, so the copies remaining are few and expensive.
But let’s not forget about the bodyguard from the future ALAN DRACON, who is having certain dire problems… 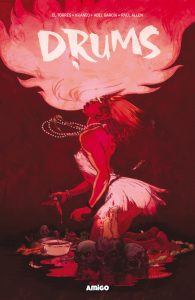 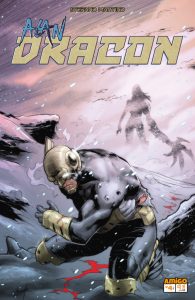 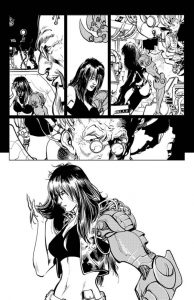 Story and art by: Stefano Martino

There’s no rest for a bodyguard in the near future! Alan Dracon has proven himself a threat for the Yakuza. And the Japanese mafia has an unique way to get rid of problems: Killer Kanoo is out for Alan`s blood!

Don’t miss the awesome art in this book!

“With outstanding pencil work and a hell of an entertaining story, Alan Dracon is the fun, new must-read book that reminds us how good comic books can be.” —Carl Boehm, Comic Bastards 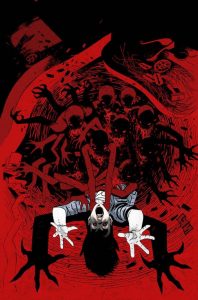 Again you should order…
STRAITJACKET (TP)

“The story inside was anything but common. El Torres strikes again (…) If you’re into horror or maybe you just like stories about the insane, then you’ll definitely want to check out Straitjacket.”
—Dustin Cabeal, Comic Bastards

“Horror is hit-or-miss for me, more so the cinematic kind. The absolute best depictions are the ones that play with your mind, have you delve deep into your psyche, so much so that you question reality as we know it after viewing.(…) The first entry to this four-part tale deserves an 8.5 out of 10 on the crazy scale!”
—Paul Miranda, Comic Asylum

“Considering that Torres is the current best horror writer in comics (yeah, I said it), it’s kind of neat that he takes one of his older horror comics (The Veil) and puts it in the same universe as this one. I love shit like that.”
—Greg Burgas, Comic Book Resources