The immortal classic tale of The Cabinet of Doctor Caligari, in the adaptation by Diego Olmos, comes to a shocking (and we mean shocking) finale. Also, if you need more shocks, Ertito Montana’s Street Tiger has a bat and a mission… just like the mission of revenge that Emmie from Unleash is about to end! Three vibrant stories that we are sure you will enjoy! 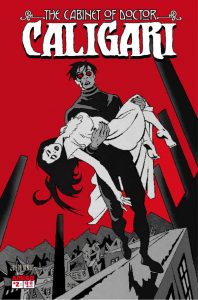 The Cabinet of Doctor Caligari #2

Creator Diego Olmos (DC’s Supernatural, Batman, Superman and The Question) presents a two-issues miniseries of his most personal work until now. The Cabinet of Doctor Caligari is based in the classic but still revolutionary silent movie.

While Cesare, the killer somnambulist is on the run, Francis, researching madness within madness, studies the asylum director’s records, revealing his obsession with the ancient mystic named Caligari. Don’t miss the finale, plenty of shocks and twists!
This two issues miniseries has received a “Spotlight On” from Previews! 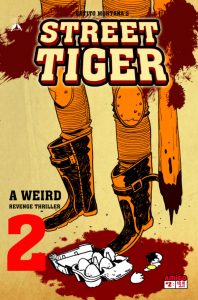 Beating mobsters to a pulp, Street Tiger continues his weird and particular revenge. Meanwhile, Boni and Emmaniel, two detectives from the Nam City Police Department, are tracing his steps. This time, Street Tiger’s revenge leads him to the Oval Tower, where Ray “Egghead” Rachino, a local mob boss, is not particularly glad of meeting the callous vigilante.

Final issue of the epic story of revenge and learning! Attack survivor Emmie finally closes on her attacker as the dark persona takes over. However, once her attacker is revealed, she is faced with a dilemma that changes everything. The mysterious masked man named as The Machine can only watch as his number one student surpasses all expectations.

This issue features the cover by guest artist from Marvel David López! Soon to be a feature movie that you’d love to read it on paper before anyone else! 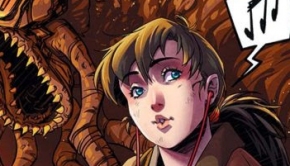 Amigo Comics December 2017 Solicitations: Love in the Apocalypse, and No More Beasts → 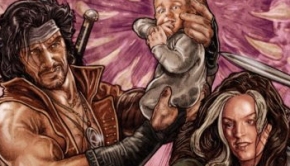 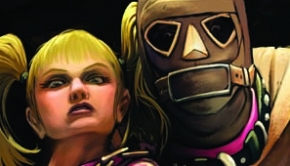 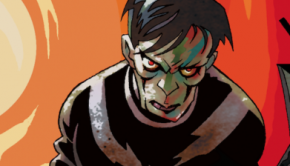 Review: The Cabinet of Doctor Caligari #1 →