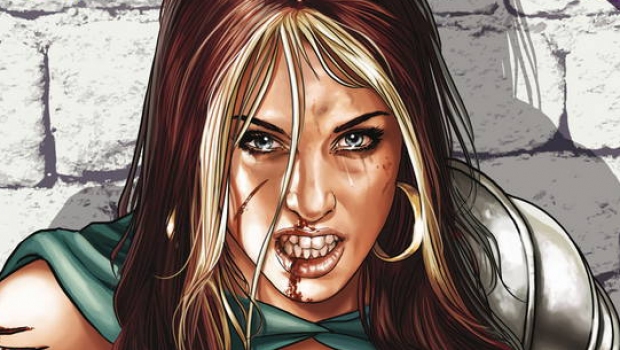 Hey, amigos! Summer is coming… and we have great news for you! You will be happy to know that Rogues! #6 will be ready in September! How can you sleep at night without knowing what will happen next to our heroes Bram and Weasel? The second issue of Arcane Secrets will be released in September as well: More tentacles in the last month of summer… Who could ask for more? Doctor Ment, Harry and Elvis the Airpuff will make a trip to the Himalayas, so be ready for this exciting adventure and get yourself a warm coat!

This is the final episode of “The Cleansing” arc! Bram and Weasel are stuck between a rock and a hard place: to leave the assassins to kill the Magistrate’s wife and children, knowing that he will show no mercy… or saving them and face the wrath of the Great Families of the Thieves’ Brotherhood!

“As I got finished with Rogues #1 – I was filled with pure adolescent joy.  It is the type of theatrical rumbustious adventure that fantasy gamers dream of!  Boris-esque Fantasy Heroes!  Unrealistic Physics-Defying Heroines! Monsters! Magic! Rescues! Curses!  If you want it, it’s in here!”

Hurry up! Go and check Previews if you want to know more about the new issue!

Join the fun and adventure fighting the Xulu mythos! Doctor Ment, Harry and Elvis the Airpuff must free the world of the Curse of the Mottled Tentacle… but they can’t do it alone. They’ll travel from the Florida swamps to the Himalayas to get some help from Selma the Witch and her servant, Otis the Zombie!

Amigos! Don’t miss out all the fun of Arcane Secrets! Take a look at your copy of Previews to know what we are talking about.