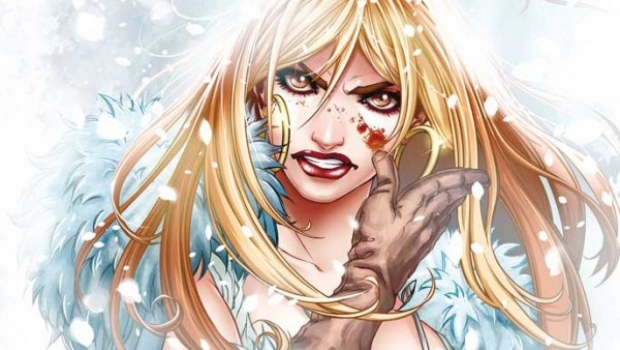 Hola amigos! On December, find out why Amigo Comics should be your most beloved publisher when our books hit the shelves!
The second issue of Lunita will lead you into the woods… Be prepared to hold your breath because our heroes are going to enter dangerous places and meet weird creatures!
And we are sure you are waiting for the sequel of Rogues! Well, you will not be disappointed! The third issue of Volume 3 is coming in December. While Bram is in a crazy quest to slay the dragon Armod, Weasel is in dire danger…
As for Gargantuan, the GIANT monster is still destroying everything in his path, while Sarah Lozen must manage to keep herself alive in a world gone mad! The monster knows that she could destroy him… if he doesn’t stomp on her first!

The Rogues are still part of the crew of Hakon the Deathless… and they are looking for the dragon Armod! Hakon still needs Bram the dragonslayer to kill Armod…
However, the smart wits of Weasel are getting on his nerves! Alas, Weasel must die!
In this new issue, you will discover a magical ship full of undead warriors carrying a woman. Whooo. Tasty!
So, what are you waiting for? Join our couple of reputed thieves, Bram and The Weasel in this new adventure full of surprises!
And soon we will display some artwork that will drop your jaw down. Lolita Aldea’s art is truly amazing!

There is a drug that links people to the supernatural. And yet, this drug is on the streets… and that’s a huge problem!
D.E.A. Agent Summer joined her forces with a weird agent from a Spanish agency, the mysterious Lunita.
Now, they are both hunted by the nebulous organization that traffics with the supernatural drug across Europe. This leads them to hide in the depth of the woods… ancient Spanish forests plenty of tales, legends and mythical creatures… that could be real!
Enjoy the amazing art of Sergi San Julián and join D.E.A. Agent Summer and Lunita in the depth of the woods, where you’ll have to be very careful if you want to survive!

Nobody can stop the Gargantuan, who stomps his way through America. While the Pentagon is forced to consider nuclear options, the monster brings death, destruction, and involution everywhere he goes…
Sarah Lozen might be the key to destroy the titan. Therefore, not only has she to fight for her life but also to lead the survivors out of the quarantine area.
However, there is a “slight” problem: Crius the Gargantuan knows that Sarah is alive… and that she is the only real danger that could stop him!