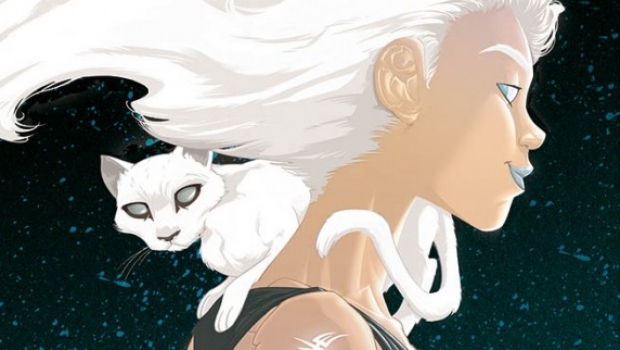 Amigo is proud to unveil a new 4 issues miniseries! She’s magical. She’s deadly. She’s the daughter of the Moon… and you can find her in only in Amigo Comics! Lunita is our new miniseries, written by Xavier Morell with exquisite artwork by Sergi San Julian. An adventure plenty of fantasy, supernatural, horror and even… kittens!

But Lunita is not the only book to see the light in November… Behold!

The Rogues are now part of the crew of Hakon the Deathless… and they are looking for the dragon Armod!
In this new issue, our couple of reputed thieves, Bram and The Weasel, ends up far away from his usual turf. They are not enthusiastic at all about the epic saga they are living. And there is more than that: the prophecies of the Half-Dead Volva are really… unsettling.
Be ready and discover the way their strong brotherhood will be put to a test! Let´s join Bram and the Weasel in this realm of fantasy, mixing adventure and fun! And be ready too to discover the awesome new rising star Lolita Aldea!

A long time ago, giant monsters dwelled Earth and altered human evolution… and even fed on us. Do you want to know more about this story? It is the Gargantuan tale! In this second issue of Gargantuan, Los Angeles does not exist anymore. The mind of Crius, inside the body of the Gargantuan walks the Earth. And even the nuclear power cannot stop him. The monster brings death and destruction, and also involution… His spores turn people into primal and savage primates. Sarah Lozen ends up fighting for her life… and she might be the key to destroy the titan!Be prepared to join her in this amazing story illustrated by the awesome Rubén Rojas, written by El Torres!

Interview to El Torres at Comic Monsters, part of the Horror News Network about the new series Gargantuan. A long, nice interview where El Torres spits it all.

Have you ever heard of a drug that links you to the supernatural? This drug is on the streets… but only for the rich and wealthy people. The core of the dealers are in Spain. D.E.A. Agent Summer to join her forces with a weird agent from a Spanish agency. This agent possesses strange powers. Moreover, she assures she’s the real daughter of the Moon!Enjoy this new story with the awesome illustrations of Sergi San Julián. His brilliant art illustrates this amazing adventure mixing action and supernatural!