Angela Comes Back… to the Marvel Universe – Comics for Sinners
Features

In 2012, Neil Gaiman won the long-lasting court case with Todd McFarlane in which the court recognized Gaiman´s creator rights to the Angela character, 16 years after her first appearance in Spawn #9. Essentially, it is now forbidden for Angela to return to the pages of Spawn. This is a let-down for many reasons, but now the shit really hit the fan!

Last week news reached C4S that Gaiman will be writing for Marvel and it has something to do with their “Age Of Ultron” intracompany crossover. Angela’s return to comics and her touring the complete Marvel universe in 2013 and 2014 will surely deliver us some spectacular images! 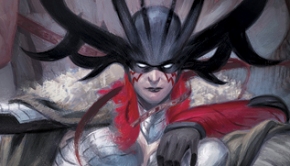 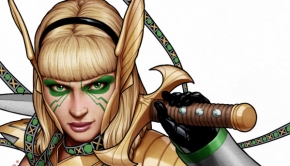