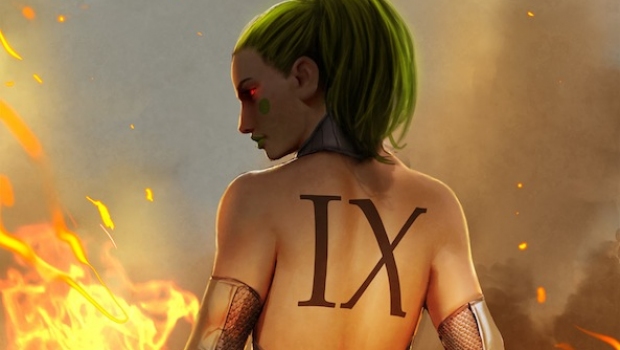 APHRODITE IX #1, the Free Comic Book Day offering from the Image Comics imprint Top Cow, is being reprinted and will be offered for sale on June 12, the same day as the relaunch’s second issue. The second printing features an all-new cover by Sjepan Sejic and its cover price is $2.99.

Matt Hawkins (THINK TANK) and Stjepan Sejic (RAVINE, ARTIFACTS) have teamed up to bring back the fan-favorite green-haired, amnesiac assassin. Aphrodite IX awakes to find she must navigate an unrecognizable Earth that is being contended over by warring factions of the cybernetically enhanced and genetically enhanced.

Aphrodite IX was originally created by David Wohl and David Finch in the best-selling graphic novel published in 1996, which is being offered again as part of the relaunch in a limited edition APHRODITE RELOADED hardcover edition. The hardcover, set to be in stores this summer, features updates to the script by series co-creator and writer David Wohl.