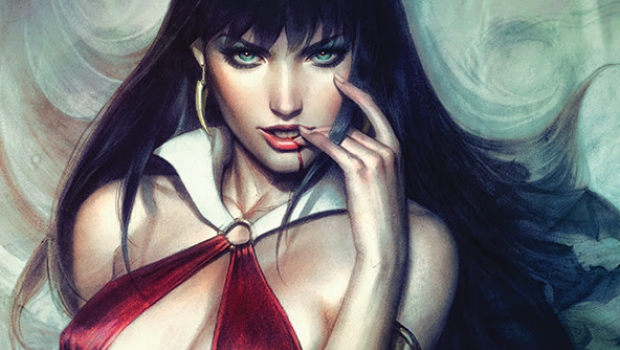 Dynamite announces that the main Artgerm acetate enhanced cover for Vampirella #6 has sold out at the distributor level.

Due to the truncated December cycle surrounding the holidays and printer timing to deliver to retailers on time, Dynamite had to go ahead and lock in a print run on the acetate cover. To balance out for this, it was overprinted by 20% based on initial orders, but unfortunately, that wasn’t enough. Orders went up nearly that entire 20% amount at Final Order Cutoff. This cover is currently not available for reorders.

In addition to this, Dynamite is announcing that the top 1,000 retailers by annual orders through Diamond will receive a special limited edition Blue Foil variant of Artgerm’s Vampirella #6 cover.

This blue foil follows in the footsteps of a Vampirella tradition established over 25 years ago with the original Vengeance of Vampirella #1. Exactly 10 further blue foil editions followed through the years on landmark issues.

Harris Comics’ Editorial Director at the time, Bon Alimagno shared, “Now that I think about it, I do recall Yoshi Aino telling me the very first Blue Edition was one done by accident, and that it was part of a second printing. Something about extras were printed and they didn’t have a gold foil at the printing press for it so they used blue foil on a hundred of them. I remember Yoshi telling me he was surprised at the interest in it since it was unintentionally printed. I believe these were the only blue foils unintentionally created.”

Today, to pay back retailers for supporting Vampirella and Dynamite through this monumental year, the tradition continues. Best of luck to all the hardcore collectors out there!

“Vampirella has been one of our best-selling titles over the last year, and of course we know Artgerm is a superstar and helped bring more attention to this special issue, but believe it or not we couldn’t have anticipated the success we’re having on this issue with the acetate cover!,” said Nick Barrucci, Dynamite CEO and Publisher. “There are very few characters with Vampirella’s legacy, and combined with Christopher Priest’s great story, Ergün’s incredible art, and Argterm’s stunning cover, we have a huge hit! Industry-shaking creators like Artgerm only come around every once and a while, making his art on the blue foil variant an incredible premium for retailers as a reward for supporting us and Vampirella. We cannot be more proud to continue working with the creative team, including Artgerm on the acetate cover, all our other creators, as well as the unprecedented success that we’ve seen on Vampirella and the entire Dynamite line over the past year. We’ve got even more exciting comics around the corner!”

VAMPIRELLA #6 will release December 18. Comic book fans are encouraged to pick up copies of the issue with their local comic book retailers. It will also be available for individual customer purchase through digital platforms courtesy of Comixology, Kindle, iBooks, Google Play, Dynamite Digital, ComicsPlus, and more! 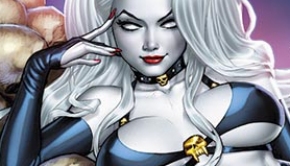 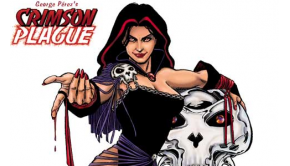 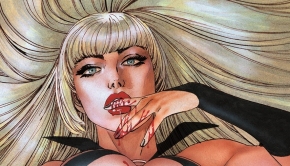