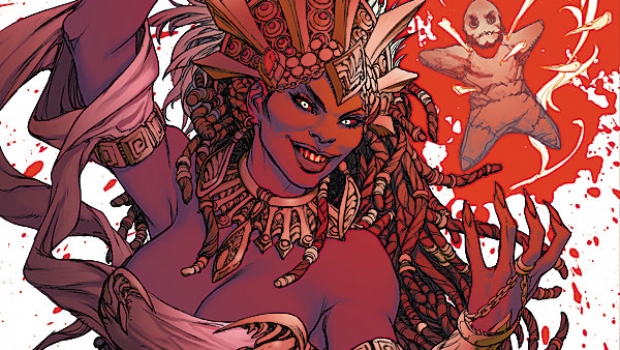 ASPEN/BDI has shared their April 2016 Solicitation.

LEGENDS OF OZ: TIK TOK AND THE KALIDAH #1

Tik Tok makes his triumphant debut in the Wicked West, as he and his partner track a mysterious young girl who carries a secret that Oz itself cannot do without!

Featuring an all original story, don’t miss out on Aspen’s newest BDI launch title with the premiere of LEGENDS OF OZ: TIK TOK AND THE KALIDAH #1!

Alone on a strange new world, Will and Jessica Harden find themselves face to face against an enemy that is only out for one thing – their lives! Outnumbered and running low on weapons, their hope for survival is slim. But, if they can stay alive just long enough, help may arrive in the most unlikely of forms.