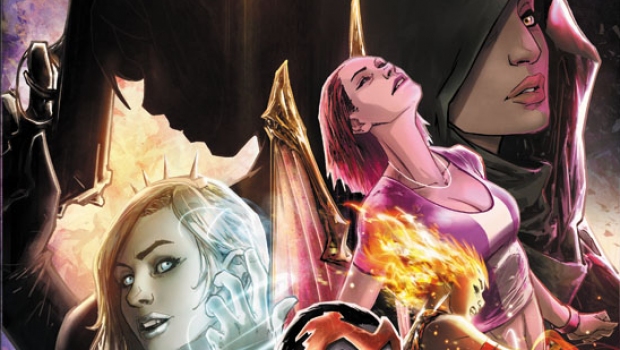 Aspen Comics has provided C4S with their November 2017 Solicitations.

All roads point to Shrugged’s Theo Langstrom, as the one boy capable of controlling his own thoughts and emotions becomes the most valuable human on the planet in the face of impeding doom! Orlana, the Death Princess, discovers that controlling the minds of humans is far easier than powerful beings of magic and The Blue!

Lola’s plan to recruit the services of the Cannibals to fight against the Suits may have backfired severely, as all the groups in The Wasteland make their motives violently clear—and no one is safe in their wake!

No one is safe as the extinction begins…

Following the deadly results of “The Hit List Agenda,” the Executive Assistants find themselves alone, scattered and unsure of their own collective fate. However, Iris now finds herself at the employ of perhaps the most sinister of all organized enterprises-the Central Intelligence Agency!

Brought to you by creator David Wohl, artist Alex Lei and colorists Siya Oum and Teodoro Gonzalanez, this thrilling third volume in the Executive Assistant: Iris series collects together the entire ‘Executive Extinction’ storyline and includes a complete cover gallery and a whole lot more!