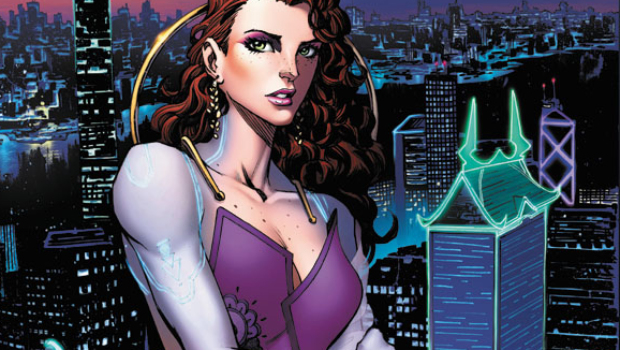 At its core, Nu Way is a story about humanity and our struggle to maintain it as technology becomes more and more integrated in our lives. All these advances achieved by society are supposed to make our world better and enrich our lives, but too often they seem to have the opposite effect. They distract us from what is important and actually make us less human. That’s the foundation thematically, and with Nu Way we’ve crafted a story that presents the dilemma in a very physical matter, as both Zihao and Cassi have sacrificed parts of their bodies, and perhaps even their souls, in order to succeed in a futuristic landscape. The question is – when is enough enough? And, what price would be too high? It’s a story that is both psychological and very visceral at the same time.

Solicitation Copy for issue one reads:

For Zihao, all his struggles and all his training has been leading up to this moment – a chance to upgrade his flesh and bone with the steel and circuitry of cybernetic enhancements in order to fight in the big arena. But, now that the moment of truth has arrived, he must decide once and for all if he’s willing to the pay the ultimate price. There’s no going back. Just ask Cassi!

For more information on Nu Way and Aspen Comics please check the following: