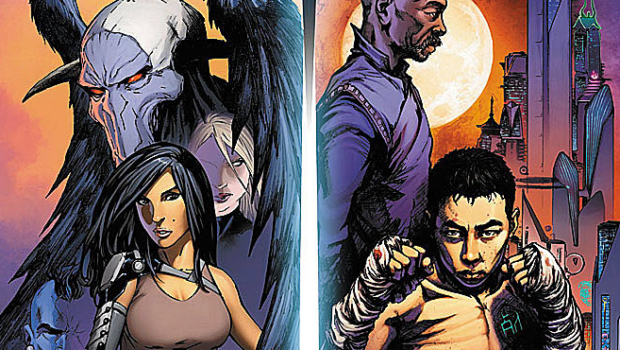 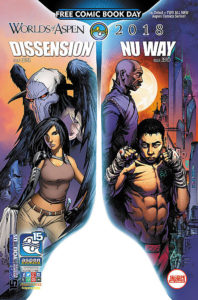 Aspen creator Jordan Gunderson debuts his long-awaited first creator-owned series, Dissension: War Eternal, this summer, as the Gods have declared war on each other! Long ago, mankind suffered under the hand of a vengeful group of fallen angels. Now, a young woman, possessing a power that had lain dormant in the descendants of the first peoples of Earth, must rise to stop their return—along with the war they seek to unleash on the world!

Set in 2051, where technology has infected every aspect of human life, and the last frontier may be our very souls as people sacrifice their flesh and blood for a chance at a better life. In New Sheng, the megatropolis in China that has become the center of the world, Zihao is trying to literally fight his way up from the city slums with his fists, hoping to make it to the big leagues where cybernetically-enhanced warriors battle for fame and fortune. But, he’s not the only one. The world is filled with such desperation, as mankind struggles to remember what it even means to be human. Sometimes even the brightest lights cannot destroy the darkness.

Both new releases will be immediately followed by each respective series debuting this summer, with Nu Way #1 in stores on July 11th and Dissension: War Eternal #1 in stores on July 25th. Aspen’s Free Comic Book Day issue will also feature special inside looks at their upcoming 15-Year Anniversary Legacy titles including Michael Turner’s Fathom and Soulfire, and Executive Assistant: Iris. Fans can check with their local participating retailer to grab their copy of Worlds of Aspen 2018 on Free Comic Book Day, May 5th, 2018.