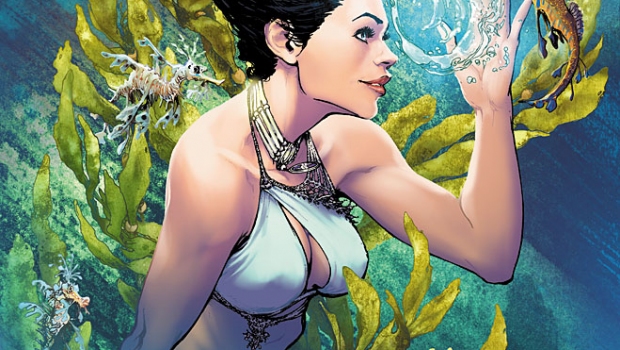 In addition to the special Beach Party event and booth appearances, the publisher will be offering three new exclusive books for the show, beginning with the world premiere of their seventh “10 for 10” title, Overtaken, with a special issue one Dragon Con 2013 cover by Siya Oum, limited to 200 copies. Also, Aspen will be offering an All New Fathom #2 Dragon Con 2013 exclusive cover by Alex Konat and Peter Steigerwald, limited to 200 copies.

The Aspen Comics Booth in Artist’s Alley will also be featuring free live cosplay photo ops with cosplayers Jenifer Ann and Heather 1337 throughout the weekend as they will be appearing as Aspen’s popular heroines, Soulfire’s Grace and Fathom’s Kiani