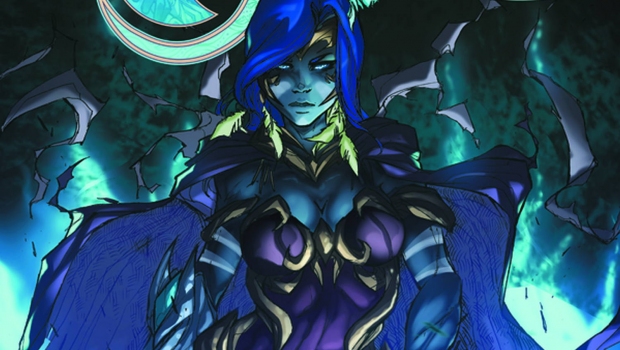 The epic conclusion to the first volume brings the fragile team of Blue outcasts to their breaking point, as the forces of two worlds, above and below, collide on a cataclysmic level!

Don’t miss out on the finale of the most talked about new Fathom series!

LEGEND OF OZ: THE WICKED WEST #2

After a rough and tumble encounter with the winged monkeys, Gale and her newfound ally mount up and ride for the Emerald City. The desert gives way to forest–and that means lions, tigers, bears – and Kalidahs! The Wild West reimagining of L. Frank Baum’s The Wizard of Oz continues!

Ara is taken to the treacherous land of the wizard R’anu, and discovers the true horror of his fanatical sermon firsthand!

The magical warrior Miya’s ill-fated plan to revive the spirit of her slain father goes terribly wrong—unleashing a foe unlike any seen before!