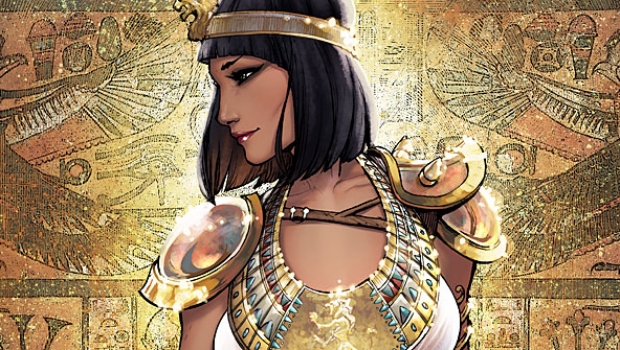 Aspen Comics will have a multi-imprint presence in Chicago from Friday, April 24th to Sunday, April 26th alongside Big Dog Ink for the Chicago Comic & Entertainment Expo 2015. This is the first time Aspen will be at C2E2 since 2012.

Aspen president Frank Mastromauro will join Big Dog Ink founder Tom Hutchison, as well as Shahrazad writers Kim Hutchison and Kari Castor, at booth #706. There will also be a handful of Aspen/BDI creators available in Artist’s Alley: V Ken Marion (All New Soulfire) at B11, Jordan Gunderson (The Four Points) at K12, Nei Ruffino (Shahrazad) at P8, and Dirk Manning (Legend of Oz: The Wicked West) at H8.

For those who can’t make it to the convention, quantities of C2E2 exclusives will be made available on www.AspenStore.com.