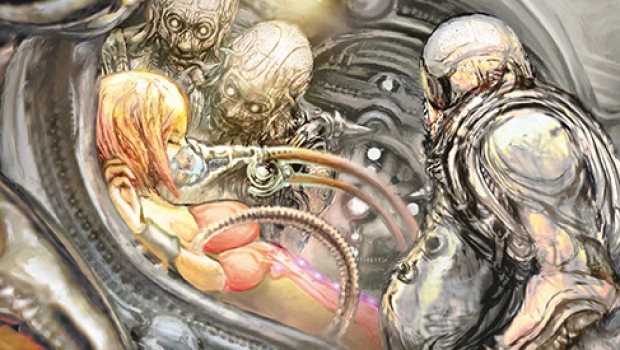 Asylum Press releases preview to Beyond Doomsday #1 and #2 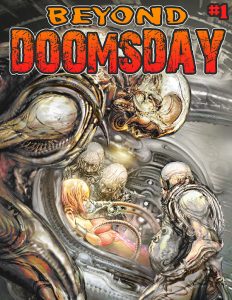 Dec. 30, 2016 – Los Angeles, CA – Asylum Press announces the release of Beyond Doomsday as a digital comic series. Beyond Doomsday is the new Illustrated comic book of fantasy, horror and science fiction.

“I’m very excited to finally release this new series,” says publisher and comics creator Frank Forte, “we have a lot of great talent in the book including Korean Comics sensation Sylvester Song, J.C. Wong (who hails from Malaysia), Fabio Nahon (South America).We are really trying to fill the book up with talent from all over the world.”

“We are also planning a 120 page hardcover that will be Kickstarted and be available at Comic Con International 2017, ” explains Forte, “these stories need to be seen in a prestige printed format as well.” 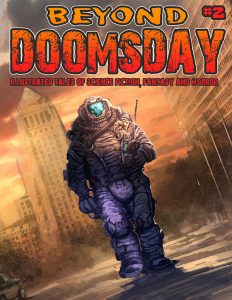 The 120 page hardcover will also be offered to comic stores through Diamond Comics Distributors.

The first issue features five twisted tales of post armageddon terror. “The Transaction” (by Frank Forte and Silvester Song) takes us on a dirty deal gone bad in the darkest regions of space. “Battlefield X” (by Frank Forte) brings us on the front lines of a bio-chemical war. “Mutation”(by Frank Forte and J.C. Wong) delivers a tale of post-nuke mutations and sexual deviancy which can only have disastrous results. Other tales incliude “Incident at Alpha Proxima” and “Short Circuit”

Beyond Doomsday #2 features four twisted tales of post armageddon terror. “Beacon from Scorpius 4” (by Frank Forte and Edu Menna) bring us to the edge of space where a lone astronaut responds to a distress signal–could it be his doom? “Sex Tales from Cyborg-9” (by Frank Forte and MoraMike) takes us to a lone planet where a group of aliens are exchangeing bizarre sex stories, until a secret is revealed. “Swamp Girl” (by Frank Forte and Fabio Nahon) takes us to the barbaric past where a sex crazed girl can’t seem to get enough of her swamp beast lover. and finally “Pondering in the Apocalypse”, where a lone survivor of a nuclear war ponders humanity and the future of the earth. (by Frank Forte and Jethro Morales). Cover by J.C. Wong. Colorists this issue :Liezl Buenaventura and Dinei Ribeiro

Some of the stories have appeared in Heavy Metal Magazine and others are brand new to the digital format.

BEYOND DOOMSDAY #1 IS A DIGITAL FIRST TITLE AVAILABLE ON COMIXOLOGY.
A COLLECTION OF BEYOND DOOMSDAY 1-4 WILL BE COLLECTED AS A HARDCOVER PRINTED BOOK IN 2017 AND OFFERED THROUGH DIAMOND COMICS.

Beyond Doomsday will soon to be released on Googleplay, Ibooks, Comic Blitz, Kobo, Scribd, and many other digital Platforms.

ABOUT ASYLUM PRESS
Asylum Press is a Los Angeles-based comic book and graphic novel publisher founded in 1999 by artist Frank Forte. The Company publishes high-concept books from the industry’s top talent within the horror, fantasy, and action adventure genres via a bold new business model that focuses on digital publishing and new distribution outlets in both the American and international markets. Asylum Press maximizes the value of these branded properties by extending them across multiple entertainment platforms, including movies, TV, and video games, often using transmedia storytelling techniques. Its flagship titles include Fearless Dawn, The Bomb, Undead Evil, Black Powder, Warlash, and the popular horror anthologies Zombie Terrors, EEEK!, Asylum of Horrors, and Satan’s 3-Ring Circus of Hell. For more information, visit http://www.asylumpress.com.