Bomb Queen was created by Jimmie Robinson. His twisted mind came up with this Queen who is a villain and who has eliminated superheroes from her city and afterwards banned them altogether. She rules the place as a dictator; and mayhem really is regular practice, but all is fair game inside the New Port City boundaries.

Jimmie Robinson has made Bomb Queen pretty unique, making her an ultra-violent b*tch, but also making it clear that the city of New Port City is truly its own person with a very distinct persona (or split personality disorder persona, for that matter). This book pushes boundaries as much as Bomb Queen pushes her wedgie…. which is pretty astonishing! 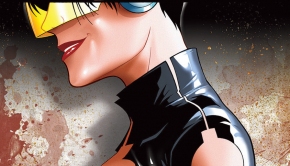 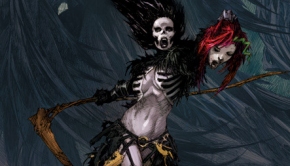