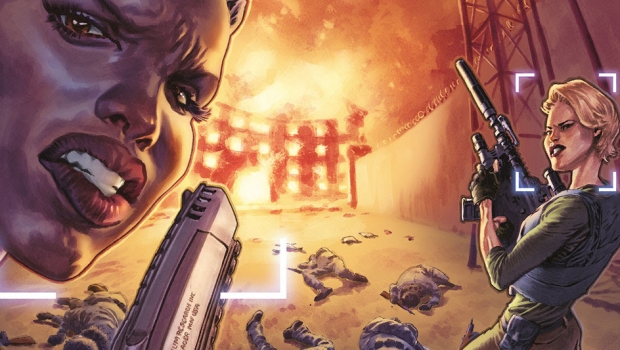 The publisher made sure everyone knows about the following:

After ENIAC #1 arrives on stands on March 3, 2021, you’ll never guess what happens next: THE NEXT ISSUE!

Yes, you’re reading that right! In a move that is as sequential as it is audacious, Bad Idea will be following up its momentously monumental and greedily anticipated March debut with (gasps) ENIAC #2 on April 7, 2021!

For the same $3.99 (cheap!) cover price, Bad Idea’s comics-addled readership can head into select comic shops worldwide to secure their second dose of all-out ENIAC-TION from the high-caliber creative team of New York Times best-selling writer Matt Kindt (Mind MGMT), incendiary artist Doug Braithwaite (Justice), and powerhouse colorist Diego Rodriguez (Hellblazer: Rise & Fall). PLUS:This ad-free stunner is going to come complete with yet another ALL-NEW BAD IDEA “B-SIDE” story so shocking that we have to keep it under wraps until it hits stands.

What to know what to expect from Bad Idea’s shockingly secondary release in ENIAC #2? Here’s a little peek:

Seventy-seven years ago, the United States unlocked the key to defeating the Axis powers, but, in their desperation to end the war, accidentally created a far more powerful threat: ENIAC (Electronic Numerical Integrator and Computer). Designed to be a cutting-edge breakthrough in supercomputing that could deliver a decisive victory to the Allies, ENIAC did just that…by ordering the bombing Nagasaki without human consent or approval. A fully autonomous A.I free from the bounds of programming or morality, ENIAC spent the decades since manipulating global superpowers from the shadows, secretly shaping everything we thought we knew about the history of the geopolitical order. And, throughout it all, one classified question has plagued presidents and prime ministers, generals and spymasters alike: “What is ENIAC planning next?”

Now, after years of silence, ENIAC has re-emerged with a 72-hour countdown until it unleashes every weapon in Earth’s atomic arsenal. Its motives? Unknowable to humankind. Its endgame? Destruction on an unthinkable scale. As ENIAC’s clock rockets toward zero, it’s down to two covert operatives to infiltrate a Russian black site and free the one man alive who knows how to kill the machine…before it erases mankind, once and for all.

In a world beset by crisis, only one thing is certain: Bad Idea begins with ENIAC #1 on March 3, 2021…and then continues with ENIAC #2 on April 7, 2021…and then moves forward with ENIAC #3 in May…and, in daring move no one could have possibly expected, sallies forth with ENIAC #4 in June! Four issues in four months — it’s tough, but that’s how we came to play at Bad Idea. 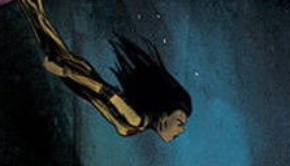