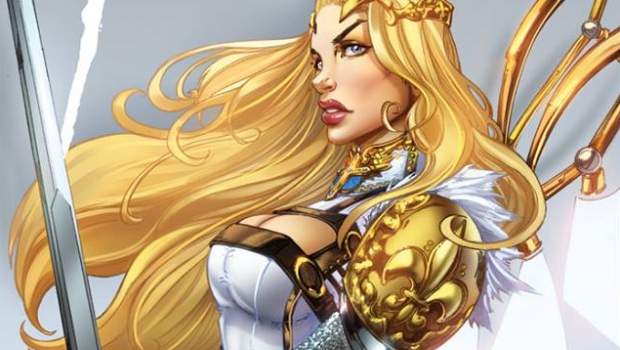 Hot on the heels of the hit “Joan of Arc: From the Ashes” mini-series and Penny for Your Soul guest appearances, Big Dog Ink is proud to announce the return of Heaven’s favorite avenging angel with the Joan of Arc ongoing monthly comic book series.  Guardian of the Ark of the Covenant, keeper of the Holy Grail and the protector of the most important religious artifacts that could play a role in the End of Days, Joan must find her own way in this new, modern world, while staying true to her thirst for battle and holy vengeance.

Continuing in the tradition of Independent Comics excellence, Big Dog Ink’s newest release is packing a huge punch with our quality creative team. Big Dog Ink founder Tom Hutchison is handling writing duties on the #0 issue and then passing the writing reigns off to BDI newcomer CW Cooke.  Noel Rodriguez and Omi Remalante Jr. will be lending their superb talents to pencils and colors while showing fans once again that BDI is where the best in comics come together.  The prologue issue #0 is set to release at Chicago’s C2E2 in April 2014 with a series of exclusive covers by the best that comics has to offer in art and creativity.

Joan of Arc #0 will be solicited in the April Previews for June 2014 release with a cover price of only $1.99.  Issue #1 will be available in comic book stores everywhere in August and available for pre-order in the June Diamond Previews.  For more information or promotional materials see www.bigdogink.com or drop an email to Kim@bigdogink.com. 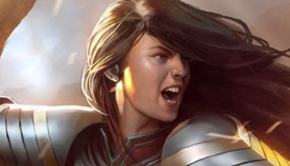