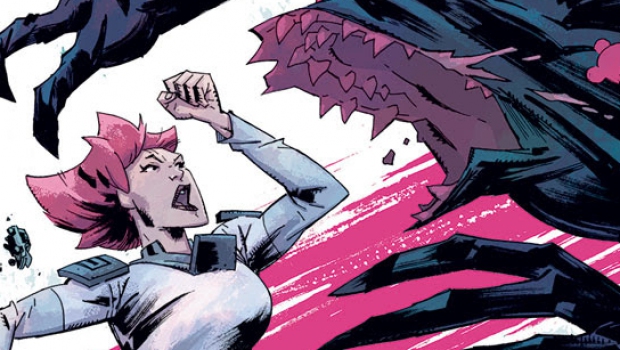 When men become giant monsters hellbent on destroying the world, only girls can stop them—Big Girls. Meet Ember—she writes poetry, loves to read, and she’s a 300-foot-tall full-time monster killer! She and the other big girls are all that stand in the way of our world’s complete annihilation!

Howard said of the series: “[this is] the perfect comic for both the dynamic sci-fi I like to draw and for my writer side to examine questions of power, inequality and the complexity of growing up.”

Featuring the fast-paced action—similar to such films as John Wick and series like Paper Girls—and the bigger than life characters of Godzilla and Pacific Rim, this series is set to be a Summer hit readers won’t want to miss.