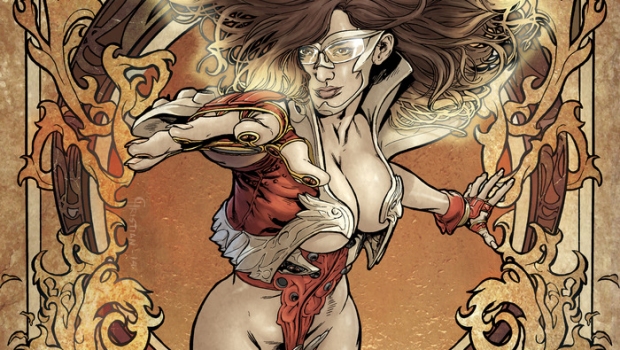 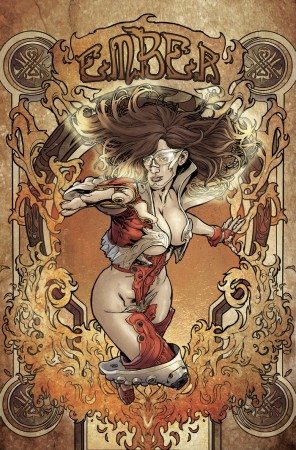 The latest femme fatale from Boundless Comics is the focus of a brand new Kickstarter program! Christian Zanier, the incredible artist who has wowed fans with his work on Crossed: Badlands, has written and drawn this latest Boundless series.

EMBER is the exciting second title from Boundless Comics, with your help! An all-new title written and drawn by the incomparable Christian Zanier, EMBER is the story of a very privileged young woman, given the twin gifts of stunning natural beauty and a fabulously rich father, who gets her life turned upside-down in the blink of an eye. A horrific plane crash, a mysterious experiment aboard, and suddenly EMBER has gained an elemental power over fire. But having a power and knowing how to master it are very different things. The #0 issue is a full-size, full-color, all-action thrill-ride that jumps into her story several years after her fateful accident. You get to see EMBER as she is following her path of fame, has an amazing costume to focus her gifts, and is loving life again. That is, until Wreckage shows up, hell-bent on revenge for past sins. EMBER’s origin will get hinted at, but that is a tale for future issues if with your help, we get that far. 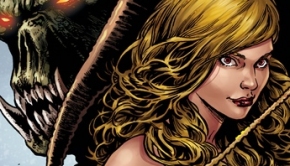