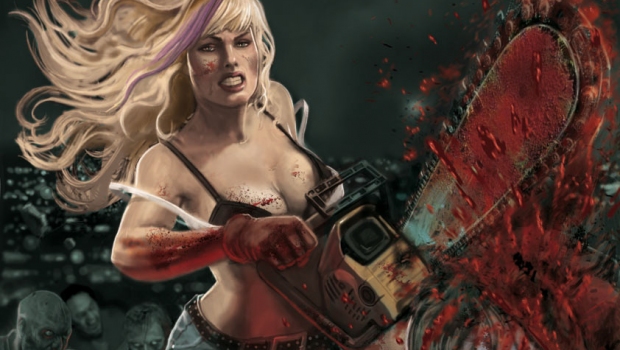 Below is a Sketch by artist Diego Galindo.

Original Synopsis NANCY IN HELL Volume 1: Good girls go to heaven, right? But it seems like there are no good girls anymore. After her death, Nancy awakens in a creepy landscape to find decomposing lost souls, demons lurking in the shadows, outcasts, chainsaws, booze, and certain doom. Can Nancy escape from Hell? Amazing artist JUAN JOSE RYP (Black Summer, No Hero) and writer EL TORRES (The Veil) take you on a white-knuckle tour of the underworld to find out!

Original Synopsis NANCY IN HELL (ON EARTH) Volume 2: Nancy and Lucifer filleted their way out of Hell… and they left the Gates open. Now demons are pouring onto Earth, and angels want to destroy the whole planet before Hell spreads through all the realms. And Nancy, her daisy dukes and her trusty chainsaw are in the way! Featuring Lucifer, the Twelve Disciples of Hell, giant demons and nekkid angels! If you like grindhouse films and crazy, gory fun, be sure to check this volume written by EL TORRES with artwork by the insane master of detail ENRIQUE LORENZANA! – See more at: https://imagecomics.com/comics/releases/nancy-in-hell-on-earth-tp#sthash.R2lqCScD.dpuf 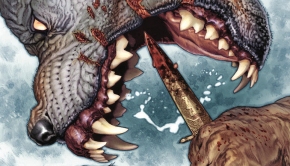