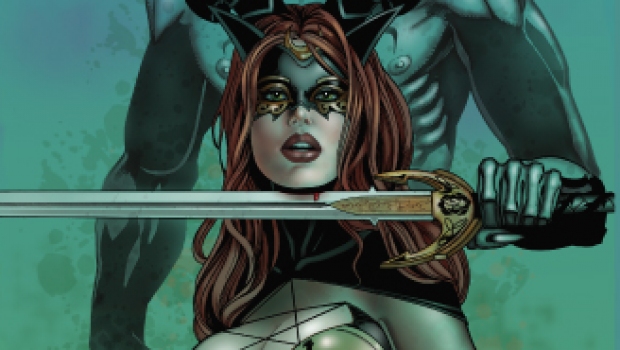 Broadsword Comics has provided C4S with a preview to the covers to Tarot Witch Of The Black Rose #92, in stores May 27, 2015.

Tarot Witch Of The Black Rose #92

Many years ago Tarot imprisoned and cut off the head of the Dark Elf, Azure. Now he has escaped his cell, reattached his head and is looking for revenge. Meanwhile, Dark Magick grows inside Raven Hex as she examines Her Dress of Shadows and discovers its Black secrets…