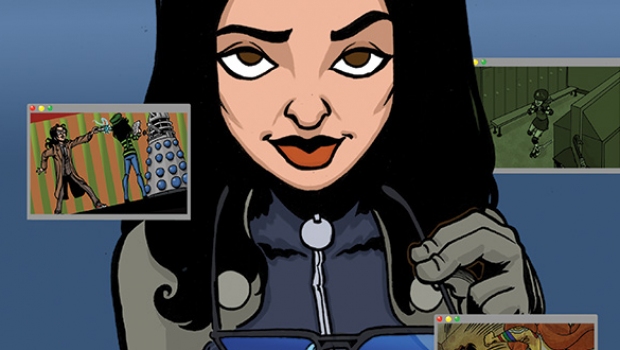 Caliber Comics announces the release of five exciting graphic novels in Diamond’s March solicitations for delivery to retailers in May 2017. These books are currently available to order through Diamond Previews.

Award winning historical comic writer and artist Wayne Vansant (DAYS OF DARKNESS) brings his gripping World War II saga of war in the Pacific to Guadalcanal and the Battle of Bloody Ridge.

This is the powerful story of the long, vicious battle for Guadalcanal that occurred in 1942-43. When the U.S. Navy orders its outnumbered and outgunned ships to run from the Japanese fleet, they abandon American troops on a bloody, battered island in the South Pacific. As the men left on Guadalcanal find out that there will be no prisoners taken on either side, it is a kill or be killed battlefield as the stranded U.S. Marines fight against overwhelming odds and hope for reinforcements before it’s too late. As the events unfold, a U.S. Marine unit is deployed onto a small grassy hill to hold off the onslaught of Japanese assault troops. The three day-three night battle that ensues will go down in history as the Battle of Bloody Ridge.

WAR OF THE WORLDS: INFESTATION

The “Martian Invasion” has begun again and now mankind must fight, not only for their homes, but for their very humanity. Aliens were the stuff of legends, fairy tales, to scare children or to entertain those wanting to escape the mundane existence of their lives. But as mankind busied itself about their petty affairs, they were being scrutinized and studied, perhaps as narrowly as a scientist might watch under the microscope of the microbes that swarm and multiply in a drop of water. It happened slowly at first but by the third year, it seemed that the war was almost over…the war was almost lost. And humanity was not going to be the winner as the Martians unleashed a new bio weapon on the Earth.

From Randy Zimmerman (TALES OF THE ANIVERSE). “Writer Randy Zimmerman has a fine grasp of drama, and spins the various strands of the story into a coherent whole…imaginative and very gritty.” – war-of-the-worlds.co.uk.

The entire series collected for the first time in 20 years. There is a place where evil lives. Where all of mankind’s nightmares are a reality. It is the Underside. From this realm of myth and shadow was born Jonas Beck who teams up with a young woman, Mercedes Guillane and their paths meld into one…to battle evil in all its guises. Set in the voodoo influenced city of New Orleans, Beck and Caul are paranormal detectives who scrounge the streets of this dark, mystical city in order to combat and protect people from supernatural attacks and occurrences. Coming to terms with their own possible supernatural origins presents an intriguing irony as they attempt to prevent an onslaught of demonic forces originating from the Underside as creatures of the night seek to reclaim the Earth.

TROY: AN EMPIRE UNDER SIEGE

Achilles, Agamemnon, Ajax, Diomedes, Hector, Helen, Odysseus, Paris…some of the greatest names in history based on the greatest epic in literature…the Iliad. Here is a retelling of the classic epic but from the human perspective rather than that of the Gods. Covered are the events that led to the Trojan War and what the consequences were. All the great heroes are here, in all their glory and all their failings. The struggle for Troy was a war that lasted for ten years and the epic saga from Homer has influenced literature since the day it was conceived. The Greeks and the Trojans. They fought over the woman known as Helen, claimed to be the most beautiful woman in the world.

“The face that launched a thousand ships”. Here is the story of that war…the story of Troy.

Veronica Mars meets The Office. Jane Day’s a twenty-something temp-by-day, detective-by-night… and also sometimes during the day. Jane straddles two worlds: Reality – in boring gray scale – and her Imagination – in full, vibrant color. Jane uses the fantasy to cut through the tedium, living as much inside her head as out. And solving strange cases with pop culture relevance as only she can. Collecting the popular webcomic series by Lauren Burke, Greg Sorkin, and Antonio Maldonado.

“Fans of The Venture Bros. or Buffy will enjoy the humor of this comic and will want to catch up on the fun that is P.I. Jane!” – Crisp Comics. “A sassy webcomic with plenty of pop.” – Comic Book and Movie Reviews.com. 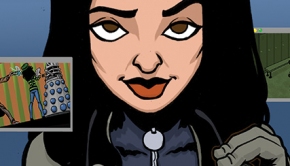