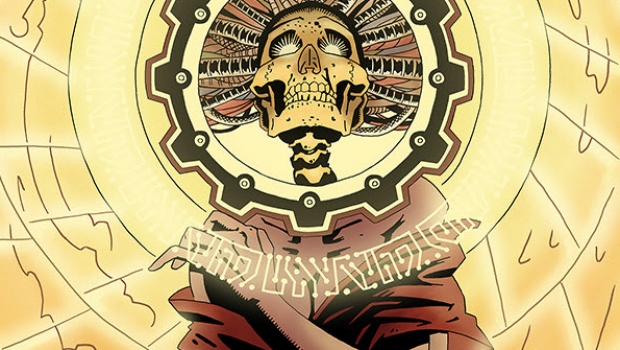 Caliber Comics is announcing the release of five exciting graphic novels in Diamond’s July solicitations for delivery to retailers in September 2017. These books are currently available to PRE-order through Diamond Previews.

Just in time for Halloween, the classic tale of Count Dracula, told in Bram Stoker’s novel Dracula and now adapted into this graphic novel. The journey of Jonathan Harker to Transylvania, the crash of the Demeter near Whitby, the bloodletting of Lucy Westerna, the brave men who fight to stop the monster and save Mina… all the memorably fantastic parts of the great novel are here!

Incorporated is the “Lady in the Tomb” story by the same creative team.

Harvey Award Nominee Don Lomax’s critically acclaimed Vietnam Journal is back with all new tales of war correspondent Scott ‘Journal’ Neithammer as he reports on the young soldiers on both sides of the Vietnam War.

This volume takes Journal from late 1969, the Monsoon season, to May of 1970, and the beginning of the Cambodian incursion.

All written and illustrated by Don Lomax (MARVEL’s THE PUNISHER, THE ‘NAM)

Collected for the first time the Caliber series.

Six volunteers are hooked up to a special super computer that will monitor their dreams. However a glitch in the “dream machine” plunges the subjects into a comatose stasis and they are melded into one dream. Now technicians race to save the dreamers from the computer. However, the machine has its own plan as it identifies the dreamers as a virus and begins to initiate a purge program that will bring certain death.

Meet Christian Savage, monster hunter in the wildest backlands of the Wild West. Abandoned by his parents at birth and raised by a priest, Savage was tempted by dark forces and this cost him the life of Father O’Toole. Now, Savage roams the countryside ridding the frontier of the supernatural enemies, making the West safe once again. But his search for the leaders of this evil scourge brings him to the last two people he ever expected to meet.

An account of the Battle of the Bulge as told from the perspective of a female war correspondent who becomes trapped in the incredible struggle to hold off the German Army during WWII. This graphic novel immerses itself in a realistic approach to warfare through the eyes of a naïve and innocent woman who finds herself trapped in a war she only thought she understood. 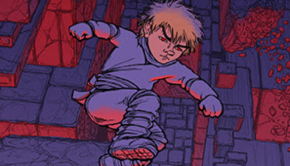