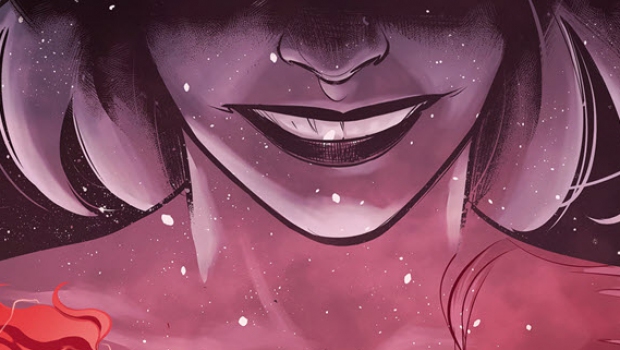 CARMINE, a dark fantasy action hybrid by Colleen Douglas (Gargantuan), will be out this Wednesday on comiXology. Published by Action Lab: Danger Zone, CARMINE is about family and survival, hard unpopular choices, the kind we wouldn’t want to examine too closely. Its likeness might be compared to the comics Monstress and Lazarus and yet it is none of these. Here, Carmine’s role in the House of Cochineal places her on the edge, staring into a never-ending abyss of challenges, where the decision to jump or be pushed is dependent solely on her strength of will.

When asked why someone should check out her book, Douglas said: “What sets this story apart is the strong female perspective in the leads, that they can acquire power and use it ruthlessly regardless of gender. They are key to rule, like the Cochineal; female insects they are named after, who produce Carmine, they are the main components of their race. Here the female of the species IS more deadlier.”
When asked what she wanted the reader to get out of her book, Douglas added: “That appearances are nothing compared to content of character, being sidelined or marginalised is not a handicap that precludes someone from being special or great with their own abilities and competences. There is no ‘normal’ in this society, only ‘ability’.”   “There are people who seem to believe that it’s impossible for someone to move their thinking beyond the limits of their conditioning and think greater,” Douglas commented. “I am from one of the poorest countries in South America and I believe only the smallest mind strives to comprehend its limits.” CARMINE speaks to that.

All five individual issues are available on comiXology the same day as the trade. Pre-order the series on comiXology! 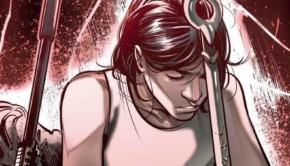