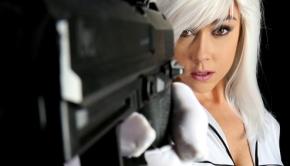 Zenescope Entertainment is proud to announce its plans for WonderCon 2013.  The company will be exhibiting at the show at

Zenescope Entertainment has announced plans for a line of digital-first releases that will become available in April of 2013. These