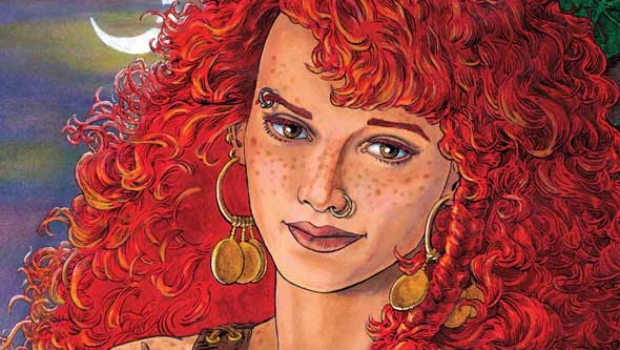 Crescent City Magick is a first foray into independent book publishing for Michael L. Peters, the one-man-band responsible for this graphic novel.

CRESCENT CITY MAGICK is a fantasy graphic novel, set in modern-day New Orleans. Clayton Woods, newly arrived to the city and on the run from terrifying forces he doesn’t understand, is aided by Julia, a young self-proclaimed witch, who is convinced Clayton just might have the makings of a hero. Clayton suspects Julia may be crazy.

Michael L. Peters has had previous comics work published by Image Comics, Caliber Comics, Desperado Publishing and Heavy Metal and works as an illustrator, portrait artist and self-publishes his own fantasy art prints. Crescent City Magick has been a long time in the making, slowly evolving into it’s present form.  It began in earnest, when Peters had a brief opportunity to work at a comics shop and in New Orleans – – it started to coalesce, once the concept had a setting.

Peters is currently working on a second volume, which he plans to have in print by early 2015 and further volumes are planned – –   “I’ve fully plotted three full graphic novels worth and have a mountain of notes for more”.

The first volume introduces the main characters: the pretty, kind and eccentric witch Julia,  drifter turned hero Clayton, Julia’s circle of friends, the setting of New Orleans. Crescent City Magick Volume 1 the individual take on genre, the second brings in more overt fantasy and horror elements, while maintaining the ground-level reality of the first.  Except for flash backs and dream sequences, it still all takes place in New Orleans and circles around Julia, Clayton and Julia’s circle of friends.

…Or a signed copy, directly from the author), http://mlpeters.com 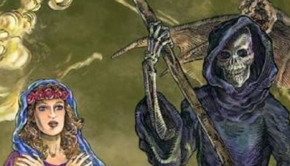