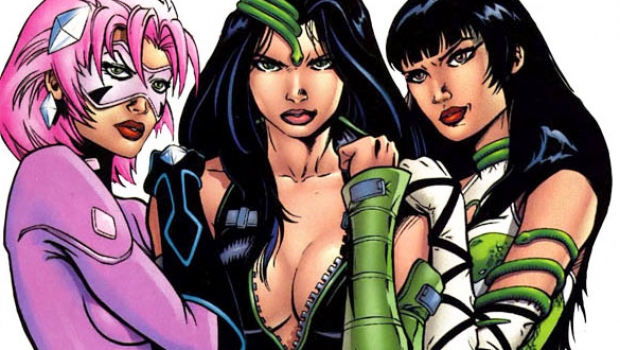 My first experience and perhaps infatuation with a strong female Anti-Hero came about when I was nine years old. My mother allowed me to watch the film, Heathers. Winona Ryder’s “Veronica” set the bar exponentially high for every brass-bound woman whom could tally a body count.

The earliest memory I have of a female comic book character that could rival the title character’s notoriety was Diamondback, from the 1989 story-arch, Captain America: The Bloodstone Hunt.

FUN FACT: This storyline introduced Crossbones into the Cap mythos (later he would appear in the MCU’s Winter Soldier & Civil War) 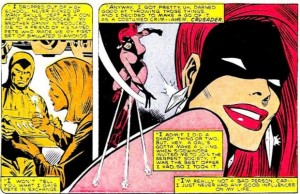 In 6th grade, in my bible sized math book, I concealed these Captain America comics. I had procured these issues from a yard sale with my grandma’s generous donation to my newly obtained obsession; I was learning more about resurrection stones than rudimentary mathematics.

As my teacher, Mr. Brigandi, was discussing the different calculations I was supposed to be learning, I instead was calculating the amount of Hydra Lackeys this magenta haired siren could defeat in a four panel page format.

It was never about the tight costumes that made my adolescent self adore these femme fatales…but full disclosure…being a young boy…it did help. Mostly it was the narrative. Diamondback was not without flaws. She had weaknesses; like all well written characters. For every triumphant came a loss. At one point Diamondback could be fending off an entire platoon of Hydra agents, than get captured and need the assistance of Captain America and Vise Versa.

She wasn’t (in a modern day expression) a Mary Sue. She was Ripley from the Alien franchise or Marion Ravenwood from Indiana Jones. Her strengths made you root for her and her weaknesses made you identify with her.

Diamondback was this sexy spy that you never really knew what faction she was operating under…if any but her own. Bond had his Pussy Galore & Captain America? DiamondBack.

Justin Lee Fox was born in Riverside Ca. Raised outside of sanity. Mr. Fox is a comic writer, screenwriter, musicians, actor and all around lunatic. He has worked for small press companies so far in his career and also manages his band Sound Preservation Society.
Mr. Fox is known for his flip flop diversity in writing; creating stories that could warm the heart, tickle the funny bone and then traumatize you into mumbling incoherent words under your breathe while tucked into a corner.