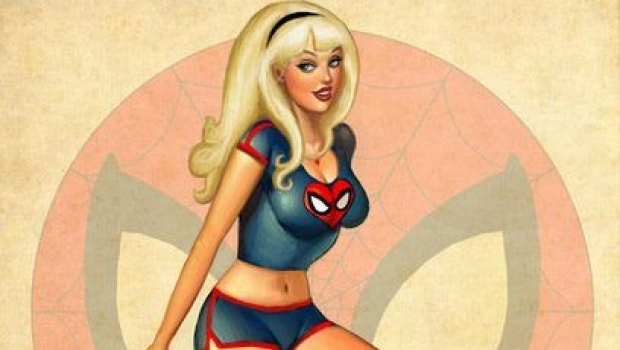 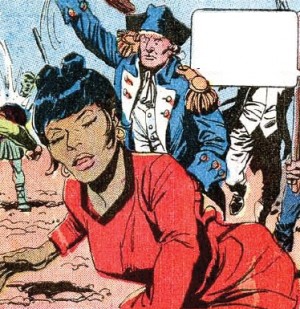 I’ve been asked to confess my secret desires for comic book characters. Did I lust after any 2 dimensional ink and paper damsels? Hmmm.

I remember growing up my first crush was on Star Trek’s Uhura. I was about 5 years old watching Star Trek and then Gold Key comics came out with their adaptation of the TV show. Nichelle Nichols brought such grace and dignity to the character and I was smitten. Now the character was never portrayed sexually on the show (well, except the “Mirror Mirror” episode showing her mid-rift, and that one scene where she was flirting with Sulu kinda turned me on.) so I don’t think it was a sexual attraction (outside of the aforementioned episode) but I count it because I told my mother I wanted to marry her. So that’s kinda tame.

Now we come to Superman’s cousin. Kara Jor-el, A.K.A. Linda Lee Danvers. (I always thought that it was kinda perverted that Superman’s cousin had the double L initials just like his girl friend,but of course their was also “Lex Luthor” just sayin’) I thought if I ever needed rescuing that I would rather have a pretty blonde woman arrive to save the day. Does that make me a pussy? Wanting to be rescued by a pretty blonde instead of rescuing the pretty blonde myself? Kind of a reversal of the “Polly Pure Bred” scenario. Instead of “Where oh Where has my Underdog gone, where oh where can he be.” I guess mine would have been “Where oh where has my supergirl gone?” but anyway that and Sue Storm from the “Fantastic 4” were the first times I felt arousal from comic book characters. I think I must have had a bad boy attitude in those days because I always wanted the Sub-Mariner to wind up with Sue.

Then we come to Gwen Stacy. Beautiful, blonde, and with an incredibly sweet attitude. Much more attractive to me than that smart ass Mary Jane Watson, The first time I ever “pleasured myself” with a comic book in hand was when Gwen Stacy was in a bikini!

When I began to show interest in girls at school, I looked for a Gwen Stacy type. Spiderman was my favorite comic book during the Gwen Stacy period. 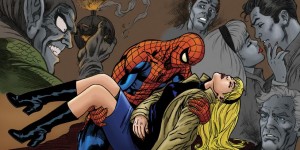 However I did come across some nude pictures of Nichell Nichols right about that time, so life has a tendancy to move in circles.

Oh, I gotta run, headed to the bathroom with some Star Trek comics…