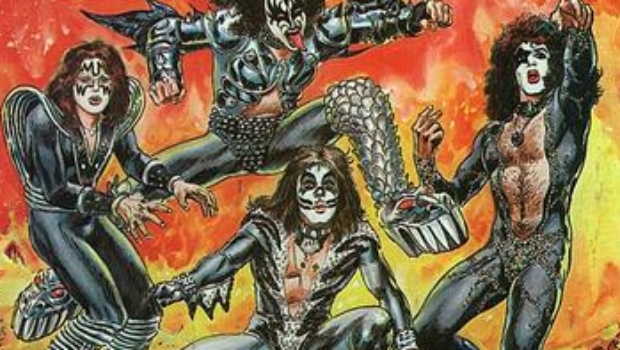 The first time I saw Kiss it was 1976. I was on my feet through the entire show, clapping my hands singing along. Last night was the end of an era. The band that brought me into rock and roll will tour no more. I didn’t have the same energy last night that I had when I was in my teens, but I was headbanging along with my fab four just the same. One of the things I always loved about Kiss and being in the Kiss army was the fact that the band always tried to make each fan feel important, probably more than any other band in rock’s history. It’s not just a verbal acknowledgment either. From Paul flying halfway across the stadium to perform Love Gun on a solo stage in the middle of the stadium, to Tommy and Gene being on platforms that extend out into the crowd, the band truly tries to connect to everyone in the room. They’ve always tried to involve the whole stadium in the experience. “The Rock and Roll hall of fame hates Kiss!” Paul belted out at one point early in the show. “But they had to listen to you!” referring to the fact that Kiss was voted in by the very fans they love to connect to. It was a touching, yet wild moment as we all went crazy with screams as Kiss once again acknowledged the ones that made them famous.

The girl I took to the concert had never seen Kiss before, yet she was on her feet screaming and hollering and was hoarse the next morning. During the finale, when the band performed Beth, she surprised me by reaching over to hug me, I wasn’t expecting that. From a girl that was only a mild fan at best the force of the show caused her to melt and I could swear there was a tear in her eye. Then came their signature song, Rock and Roll all Night, and we were up bouncing off each other dancing and singing. In my mind, I flashed back to each time that I had been to a Kiss concert. The first time it was September 12, 1977, the Springfield Civic Center, Springfield Massachusetts. The boys were in their prime and I was hooked! I had been a Kiss fan when Kiss fans weren’t cool. I remember the day I brought my first Kiss album and yes, l was on board from the beginning. It was 1974 and I was at York’s book store in my home town of Houlton, Maine. I was flipping through the album section and had every album from the bands I liked. I was into music but didn’t really have a favorite band, but then I came to the K section and saw the four make-up clad rockers and thought “Whoa, these guys look cool.” I didn’t grab the album right away, I kept flipping until I got to Z. I didn’t see anything new that I didn’t have so I went back to K. After staring at the cover and reading the back, I finally purchased the album. They became my favorite band of all time! The hard-driving rock and roll were what I needed, and I got every album the band released as soon as they came out.

Then I thought back to the Aerosmith/Kiss World Domination tour in 2003. The two bands that got me rockin’ performing together on stage. (even though Aerosmith came out a year before Kiss, I still hadn’t heard of them until after I got the first Kiss album.) I was ecstatic! I was kind of disappointed that Ace wasn’t with them, but what the hell! It was still a magnificent show. I thought of the similarities between the two bands. Both came out about the same time. Both rose to prominence also around the same time in 1975. Kiss with the Alive album and Aerosmith with Toys in the attic and both lost band members by the early ’80s with Ace Frehley and Peter Criss leaving Kiss to be replaced by Eric Carr and Vinny Vincent respectively. Then Joe Perry and Brad Whitford would leave Aerosmith to be replaced by Jimmy Crespo and Rick Dufay respectively. Both bands went through an unfocused period and saw a decline in sales, and both would come roaring back to prominence in the mid-’80s. All of this was going through my mind as the lights went up. I was satisfied with the show as the old white dudes gave it their all one more time. But then the thought came to me; “I’ll never see them in concert again.” And I became sad. I know I’ll always have YouTube, thank God. I can always relive my favorite memories by going there. But, alas, it really is the end of the road.

So, why am I reviewing a Kiss concert for a comic book web site? Simple Kiss has been involved with comics since 1977 and Marvel Super Special #1 is one of my favorite comics of all time. The band went out with a bang in their final concert, but only a whimper with their last comic book. Writer Bryan Hill gave us a fantastic issue with Kiss Blood and Stardust # 1, but by the fifth issue, the story had weakened and became just about Lilith and Alicia. Oh, it was a good story, but Kiss’ participation was minimal and I wound up being very disappointed. Where was the Kiss that became superheroes with Marvel Super Special # 1? I love Dynamite comics and I hope this isn’t their final Kiss comic. I would really like to see them in one last great adventure in the pages of Dynamite comics. Maybe a cross over with Marvel so they can face Dr. Doom one more time. Maybe they’ll continue to do more comics with Kiss, but with the band being inactive, I don’t know if we can expect many more. Kiss comics need to go out with the same bang as Kiss tours. 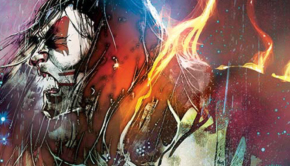 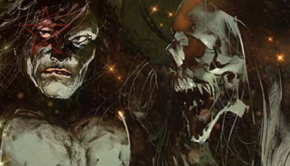