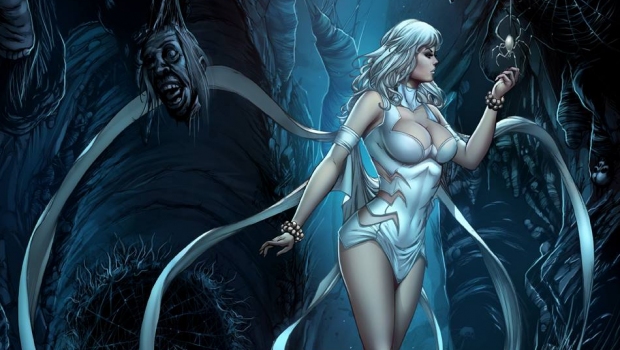 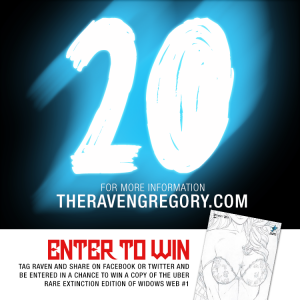 Raven Gregory is announcing that “Big news as the Kickstarter event of the year is fast approaching.
https://www.facebook.com/events/1375952439383273/?source=1

Not only have we planned the most epic kickstarter launch party hosted by one of our biggest supporters, Jesse James Comics, but we are also having a Facebook contest to win one of the rarest variant covers featured for the first issue of our new creator owned horror series, Widow’s Web. ”

The Extinction edition WW1 limited to ONLY 25 copies by superstar artist Mike Debalfo.

How do you win? The more you spread the news and share the countdown on your Facebook the more chances you have to win. With every response you get on your posts your chances increase with the winner announced LIVE on the 27th at the Widow’s Web Kickstarter Launch Party. https://www.facebook.com/raven.gregory
​