What happens when a criminal power ..." /> Crime caper comic book Girls’ Heist Out comes to Kickstarter – Comics for Sinners
News 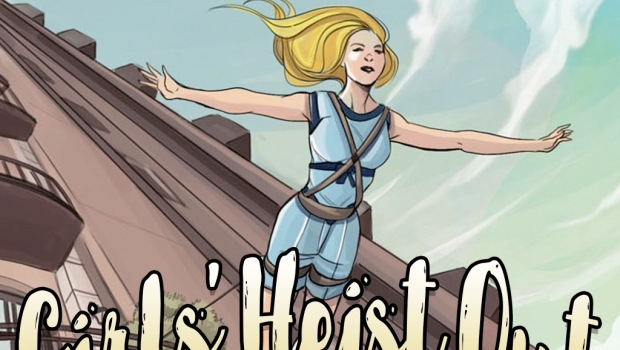 What happens when a criminal power couple breaks up? It’s time for a Girls’ Heist Out! 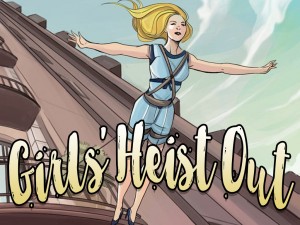 Girls’ Heist Out is a crime caper comic featuring witty banter, exotic locales and four kickass female leads getting revenge the best way they know how – by stealing it. Julia and Adrian Pryce spent the past few years in bad guy bliss by bilking the rich with a wide array of confidence games. Julia realizes Adrian’s sold her out and broken her heart when she comes home to find her penthouse empty and the authorities on the way. One daring escape later, she puts together a team of thieves to hit Adrian where it hurts. The girls come together to steal Adrian’s big scores before he can, but one of them might be working for Adrian instead of against him!

Girls’ Heist Out is written by Rob Wieland. Rob is an author, game designer and professional nerd. He’s worked on large media properties like Star Wars, Firefly and Shadowrun and created his own worlds like CAMELOT Trigger and Save Game. Rob loves heist movies and comics, and created Girls Heist Out as a natural extension of the two. This is his first creator-owned comic book. He lives in scenic Milwaukee, Wisconsin with his wife, daughter and three cats, all of whom have far more useful skills for the zombie apocalypse.

Manuela Soriani provides the art for Girls’ Heist Out. She lives in the same small town in northern Italy where she was born in 1979, in the heat of summer and fog in winter, near the river Po. Manuela studied to become an accountant but Art asked to be part of her life. Her previous work includes Jonathan Steele, Butterflies, Tin and Boylord. She loves cats, the colors pink and orange, cooking, tabletop and roleplaying games, videogames, and all forms of art.

Girls’ Heist Out launches on Kickstarter. Rewards include physical copies of the comic, art print and even a chance for backer likenesses to be used in the comic.