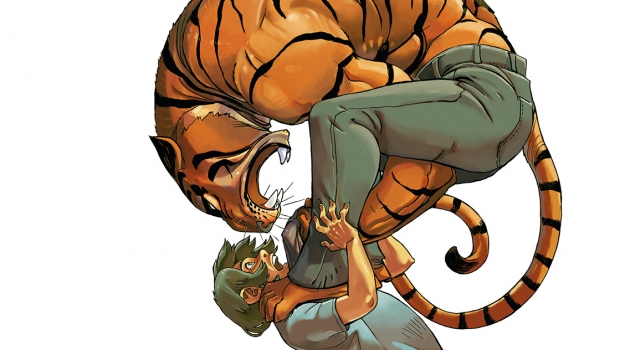 Klaw is a riveting young adult series explores a world of ancient mythology and conflict between races of zodiacal Were-Animals who hide just under the surface of modern life as we know it.

“We have been in love with this story for a long time,” said Magnetic Press President & Publisher Mike Kennedy. “Klaw is a perfect melding of story and art by two A-level creators, and I think people are going to fall in love with it’s lush mythological world and deft character work. We are absolutely thrilled to finally introduce Joël and Antoine’s work to a whole new continent of readers.”

A population of secret were-animals hide among us, and young Angel Tomassini is about to learn just how widespread — and dangerous — it is!

Illustrated by world-famous master illustrator and animation guru Joël Jurion and written by best-selling author Antoine Ozanam, this exciting young adult series explores a world of ancient conflict hiding just under the surface of modern life as we know it. With identifiable coming of age themes overshadowed by thrilling action sequences and a deep, enthralling mythology, this book will introduce readers to a world unlike anything else on shelves today.