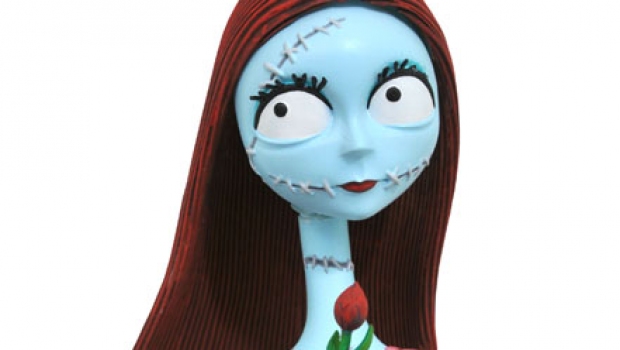 This year is shaping up to be one of the most exciting movie years in recent memory, with new installments in the Marvel, Alien and Pirates of the Caribbean franchises, and Diamond Select Toys is there with the merchandise you need! From Minimates to Vinimates to Gallery PVCs to Select action figures, DST has the gear you’ll want from your soon-to-be-favorite movies, as well as past film favorites, TV shows and comics! Read on to see what hits in fall of 2017, and pre-order through your local comic shop or favorite online retailer!

A Diamond Select Toys Release! The most anticipated sci-fi film of the year is almost here, and DST is celebrating with a new assortment of Minimates! Springing out of the successful Alien and Aliens Minimates lines, this new assortment for Alien: Covenant will include four different two-packs based on the film, including crew members David, Tennessee, Daniels and a variety of new creatures! Each 2-inch Minimates mini-figure features 14 points of articulation and fully interchangeable parts and accessories. Each two-pack comes packaged on a full-color blister card. (Item # APR172627, SRP: $9.99/ea.)

Harley Quinn is turning 25, but you get the present!

The first-ever Deluxe DC Gallery PVC Diorama celebrates Harley’s 1992 debut on Batman: The Animated Series with a new diorama of the Joker’s gal pal sitting on top of a gift-wrapped Batman – an anniversary present to Harley from her Puddin’! Measuring almost 10 inches tall, this diorama features detailed sculpting and paint applications and comes packaged in a full-color window box. Sculpted by Varner Studios! (Item # APR172648, SRP: $60.00)

A Diamond Select Toys Release! The epic novels by Stephen King are now an epic feature film, and DST is epically excited about it! This all-new box set of four Minimates mini-figures features four characters from the upcoming film – Jake, the Gunslinger, the Man in Black and one top-secret character – each with up to 14 points of articulation and fully interchangeable parts and accessories. All four figures come packaged on a full-color blister card. (Item # APR172628, SRP: $24.99)

A Diamond Select Toys Release! Interest in the Marvel Gallery line of PVC dioramas has gotten so high that DST’s newest offering needs wings! Sam Wilson, the former Falcon and current Captain America, spreads his wings in his modern-day patriotic costume. This highly detailed sculpt features exacting paint details, as well as a removable shield that can be placed on his arm or on his back. In scale to all Gallery and Femme Fatales PVC dioramas, FalCap measures approximately 10 inches tall by 9 inches wide and comes packaged in a full-color window box. Sculpted by Jean St. Jean! (Item # APR172655, SRP: $45.00)

A Diamond Select Toys Release! The son of T’Chaka stalks his prey in the newest cinematic release in the Marvel Gallery line of PVC dioramas! T’Challa, the Black Panther of Wakanda, wears his distinctive movie outfit from Captain America: Civil War as he crouches on a rubble-strewn street base. Measuring approximately 6 inches tall and 9 inches wide, he is in scale to all Gallery and Femme Fatales PVC dioramas and comes packaged in a full-color window box. Sculpted by Gentle Giant! (Item # APR172656, SRP: $45.00)

The Netflix-based series of Marvel Gallery PVC dioramas continues with none other than Daredevil himself!

Joining Luke Cage and the Punisher, this approximately 11” sculpture depicts the TV version of the horned hero of Hell’s Kitchen in amazing detail. Capturing the likeness and costume of actor Charlie Cox, this diorama sees Matt Murdock standing on a rooftop pedestal, his billy clubs at the ready.

Daredevil is in scale to all Gallery and Femme Fatales PVC dioramas, and comes packaged in a full-color window box. (Item # APR172653, SRP: $45.00)

The next Marvel Netflix TV show is powering up, and DST is expanding their Marvel Netflix universe with an all-new Minimates box set capturing the main characters! Based on the upcoming Iron Fist, the four 2-inch mini-figures include Danny Rand, Colleen Wing, Iron Fist and Thunderer. Each 2-inch Minimates mini-figure features 14 points of articulation and fully interchangeable parts. All four figures come packaged in a full-color window box with original Minimates artwork. (Item # APR172654, SRP: $24.99)

Hello, ninja! The X-Man Psylocke has been a fan-favorite ever since her 1990s makeover into a psychic ninja, and now DST has created the ultimate Psylocke collectible!

This full-size resin statue depicts Betsy Braddock on a burning rooftop, surrounded by ninja arrows. Measuring approximately 12 inches tall, the statue is limted to only 3,000 pieces, and comes packaged with a numbered certificate of authenticity in a full-color, hand-numbered box.

Move over, elf – there’s a skeleton and a rag doll on the shelf! These highly detailed resin busts of Jack Skellington and Sally the Rag Doll from Tim Burton’s The Nightmare Before Christmas each measure approximately 6 inches tall and sit atop detailed bases depicting the buildings of Halloween Town. Limited to only 3,000 pieces each, they each come packaged with a numbered certificate of authenticity in a full-color, hand-numbered box. Sculpted by Joe Menna!

The deluxe cloth Nightmare Before Christmas doll line continues with two new characters! These large-scale dolls of Zero the Ghost Dog and Santa Claus are in scale to the previously released Jack, Sally, Finkelstein and the Mayor, and look like they came straight from the movie! Based on the classic Japanese imports, Santa Claus measures approximately 10 inches tall and features a real cloth costume and multiple points of articulation, while the fully sculpted Zero hovers over a doghouse diorama atop a clear support stand. Each comes packaged in a full-color window box.

A Diamond Select Toys Release! It’s a new series of Nightmare Before Christmas Minimates and they’re a dream come true! The cast of creepy characters expands with three new 2-packs: Snowman Jack with glow-in-the-dark Oogie Boogie, the specialty-exclusive Devil and Corpse Boy, and the also-exclusive Saxophonist with Undersea Gal! Each 2-inch Minimates mini-figure features up to 14 points of articulation with fully interchangeable parts, including a removable snowman costume! Each 2-pack comes packaged on a full-color blister card. (Item # APR172631, SRP: $9.99)/ea.

A Diamond Select Toys Release! Tim Burton’s The Nightmare Before Christmas is the gift that keeps on giving! Three new figure sets are coming your way for Halloween, including the Pumpkin King, Santa Claus, and Lock, Shock and Barrel, each sculpted in an approximately 7-inch scale with character-appropriate articulation. Plus, each figure set includes an exclusive figure or diorama piece – Lock, Shock and Barrel come with their walking bathtub, Santa Claus comes with an Elf and part of the town square diorama, and the Pumpkin King comes with part of the central fountain! Connect the Santa and Pumpkin King bases with other releases to make a larger diorama! Sculpted by Dave Cortes! (Item # APR172634, $149.94 per case)

A Diamond Select Toys Release! Avast, me hearties! Having dazzled audiences for over a decade, the swashbuckling Pirates of the Caribbean film franchise is headed into uncharted waters with the fifth installment, Dead Men Tell No Tales! These 7-inch scale action figures of stars Jack Sparrow and Barbossa are based on the new film and feature each actor’s likeness as well as approximately 16 points of articulation. They also include diorama bases that can combine to build the deck of the famous pirate ship the Black Pearl! Each figure comes packaged in the display-ready Select figure packaging, with spine artwork for shelf reference. Sculpted by Gentle Giant!

A Diamond Select Toys Release! Bring the coolness of Pulp Fiction home with you! Quentin Tarantino’s 1994 movie masterpiece is now a highly detailed line of 7-inch collectible figures, bringing the film’s cool-as-ice cast to your shelf! The first series includes go-for-broke boxer Butch Coolidge, born-again hitman Jules Winnfield and fearsome mob boss Marsellus Wallace. Each character is 7-inch scale, with detailed paint applications and the actor’s likeness, as well as 16 points of articulation and character-specific accessories. Plus, each comes with a diorama piece: Jules includes the room where the big shootout takes place, and Butch and Marsellus each come with a piece of sidewalk from their chase scene! Packaged in display-ready Select packaging with spine artwork for shelf reference. Assortment includes two of each figure. Sculpted by Gentle Giant! (Item # APR172649, SRP: $24.99/ea.)

A Diamond Select Toys Release! The Vinimates vinyl figure line explodes into the DC Comics cinematic universe with two vinyl figures based on the Wonder Woman movie! With one figure depicting Diana in her training gear, and one in her full Wonder Woman outfit, these two figures will kick off a line that will eventually unite the entire Justice League! Each 4-inch vinyl figure is sculpted in a pose straight from the movies, with an articulated neck to customize each pose. Each comes packaged in a full-color window box.