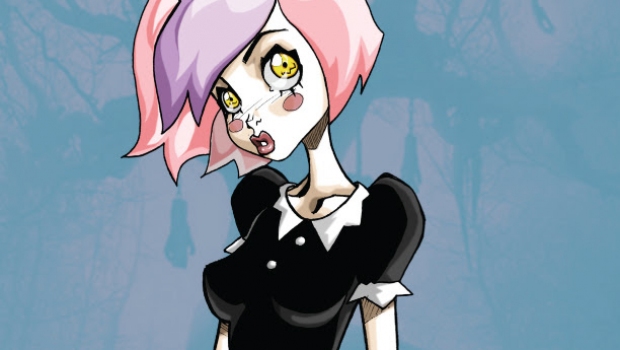 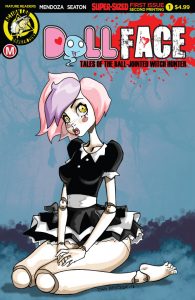 Bryan Seaton and Dan Mendoza’s brand new series, DollFace, becomes Action Lab’s biggest debut in the company’s history with the sell out of its regular covers.

With a combined print run of over 20,000 units across multiple covers, DollFace has struck a chord with fans and retailers alike. DollFace is the story of Lila, a 17th-century witch hunter whose soul is brought forward in time into the body of a ball-jointed, 3-D printed doll.

With only a few remaining copies of DollFace #1 trickling into the market, Action Lab has announced a second printing of the over-sized book, and offer their partnership to comic retailers with limited edition retailer exclusive variants.

Orders for the second printing will be available through Diamond soon.