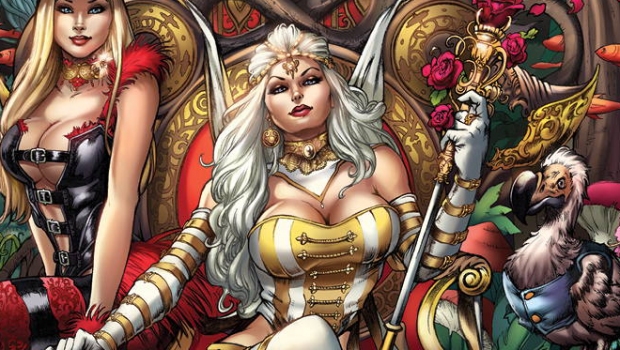 Zenescope Entertainment has provided fans with a double dose of Wonderland, releasing to stores worldwide on April 17, 2013.

Once upon a time there was a little girl named Alice who was sacrificed to a realm of madness and insanity. But what if that sacrificed had never happened? When a familiar face from the future journeys back to that fateful day to prevent that very thing from coming to pass the resulting chaos and turmoil may very well rip the reality of two worlds asunder. What if…Alice had never journey to Wonderland? Featuring the long awaited return of…THE NEW CHESHIRE CAT!

The mind-bending sequel to Call of Wonderland is here! As detective Legrasse begins to close in on the killer’s trail

secrets from her past come back to her haunt her with revelations that could very well destroy her own sanity.

Meanwhile, the story of Lovecraft’s journal continues as Lovercraft finds himself held hostage by Jacob Hall as they descend below the surface towards an icy grave that holds the remains of creatures from another realm. Creatures whose disturbed slumber could mean the end of us all. Don’t miss the comic that ties directly into Zenescope’s ongoing Wonderland series!