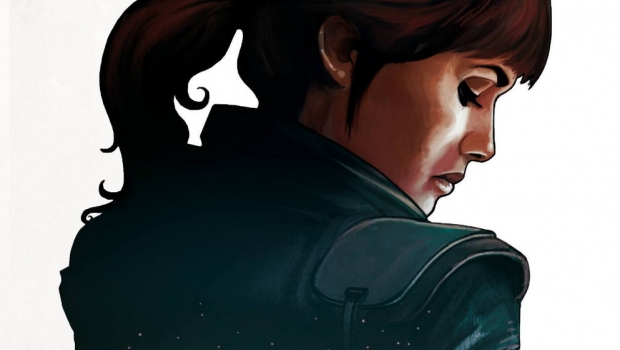 Eponymous TPB Heralds The End Of The Age Of Superheroes

Eponymous is a sixty-four-page comic, which collects the first six Eponymous stories.
This TPB will be sold at cons as well as some comic shops, and will be the first opportunity for most people to get their hands on a physical copy of the comic.

Eponymous is an ongoing, action, espionage comic written by Mike Garley, illustrated by Martin Simmonds and lettered by Michael Stock.

Here’s the official blurb for it:

The age of superheroes is over. All are long since dead or forgotten, allowing the world to return to its preconceived idea of normality. But when a massacre on a global scale is predicted at the hands of Casey – the first super-powered-individual the world has seen for nearly twenty years – the decision is taken to find her and to kill her, before it’s too late. Dragged into a deadly game of cat and mouse, Casey must fight to unravel the mysteries of her past, fight to avoid her predicted role in the nightmarish version of the future – and fight just to stay alive.