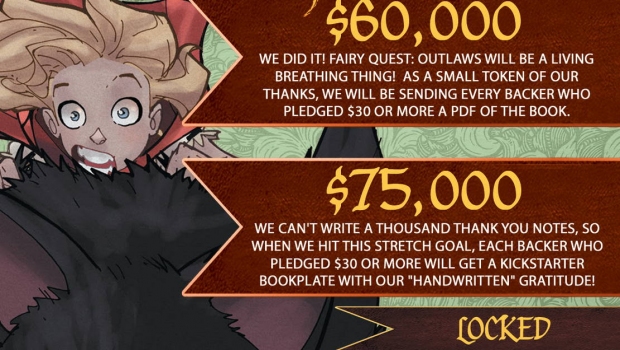 Veteran comics creators Paul Jenkins (Wolverine: Origin, Deathmatch) and Humberto Ramos (The Spectacular Spider-Man) are excited to announce that the $60,000 Kickstarter campaign to publish a beautiful hardcover of their FAIRY QUEST VOL. 2: OUTCASTS fairy tale—the second volume in their epic Fablewood saga—has been successfully funded with three weeks still left to go. In response, the pair has announced a series of Stretch Goals that will add extra content to the book should the various milestones be met.

“Humberto and I are so stoked about the early success of FAIRY QUEST: OUTCASTS’ funding via Kickstarter,” said Jenkins. “It proves to me that for the right projects, Kickstarter is not just a viable outlet, it is the preferable way to initially publish. We have always stated proudly that we consider our backers to be our co-publishers. And now we can proudly state that once again, our publishers have stood behind us and supported us!”

FAIRY QUEST is set in the world of Fablewood, where all of the stories that have ever been told live side-by-side, separated only by genre borders. At the very center of this amazing world, the children’s stories are forced to tell their tales exactly as written, or risk having their minds wiped in Mister Grimm’s dreaded Mind Eraser. Two outlaws—Red Riding Hood (Red) and the Wolf (Mister Woof)—seek to end this tyranny and escape to a place where they can remain as friends forever. When we last left Red and Woof, they were about to enter the Dark Forest to find the Map Maker who will show them how to escape to the safe haven of Realworld. What lies ahead for them in the Dark Forest?

The FAIRY QUESTS VOL. 2: OUTCASTS Kickstarter campaign can be accessed at this link: bit.ly/FQ2KSBS. 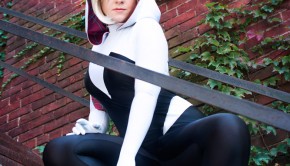 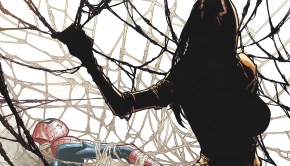 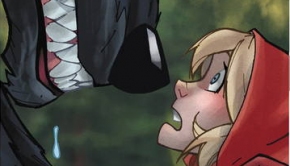 Return To Fablewood With The Launch Of The ‘Fairy Quest: Outcasts’ Kickstarter →